Taco Bell has you covered this holiday season with its creative (to say the least) recipe.

LOS ANGELES - Tired of eating turkey, stuffing, cranberry sauce and all the usual Thanksgiving fixings? No problem — Taco Bell has you covered this holiday season with its creative (to say the least) "chicken taco bisque" recipe.

Every November, the fast food chain hosts a Friendsgiving feast at its headquarters in Irvine, California. The company’s food and innovation team crafts a menu featuring items that all have a special Taco Bell twist.

This year, the star of the show was the Taco Bell Rolled Chicken Tacos Bisque made out of pureed tacos — of course. 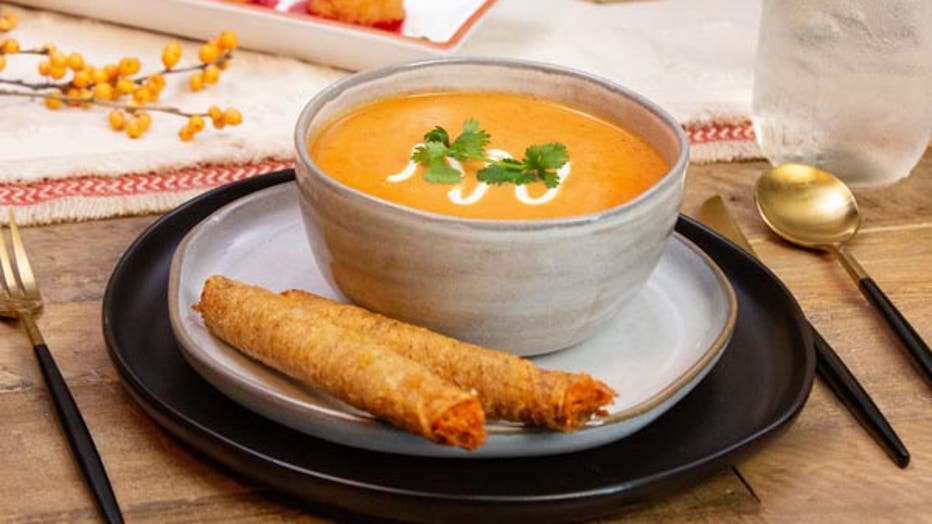 After dicing and sauteing your vegetables, Taco Bell says you should mix them all together and add them to the broth. Then, toss in four chopped Rolled Chicken Tacos and let it simmer.

According to the recipe, Thanksgiving chefs should then throw the taco mixture into a high-speed blender and add the heavy whipping cream, garnishing the dish with cream, cheese, lime and cilantro.

Don’t be stingy with the tacos, Taco Bell suggests. You can, apparently, serve the leftover tacos on the side of your bisque.