According to investigators, those two teens, boyfriend and girlfriend, were leaving the Rolling Hills Waterpark for the day.

YPSILANTI TWP., Mich. (FOX 2) - A 16-year-old girl is in critical condition after being shot in Ypsilanti Township on Memorial Day.

She was driven there by her boyfriend - but why she was shot, and who did it, remains a mystery.

For one teenage couple, it was supposed to be a Memorial Day filled with fun at a water park in Ypsilanti Township.

"While many of us - I was out with my family enjoying a sunny day - just to imagine a 17-year-old and a 16-year-old going through something like this, is tragic," said Derrick Jackson, Washtenaw County Sheriff's Office.

According to investigators, those two teens, boyfriend and girlfriend, were leaving the Rolling Hills Waterpark for the day.

"She’s from Southfield he’s from Detroit," Jackson said. "So, just me assuming right now, they were leaving the waterpark and headed back home looked like the direction of travel they were in."

It was around 5:30 p.m. Monday and the couple didn't get a half mile from the exit before the shooting.

"There was another vehicle following them, gunshots rang out," Jackson said.

Neighbors say the shots sounded like fireworks or a car backfiring. Witnesses described something else to law enforcement.

"We received several calls from people who had seen a car following them and shooting at them," Jackson said.

When investigators got to the intersection of Stony Creek and Merritt:

"One of the rounds went through the window, shot the 16-year-old passenger, the young lady, in the head."

Without hesitation, the 17-year-old who was driving, went for help.

"As soon as he saw that his girlfriend was shot he drove to the local hospital," Jackson said.

It leaves law enforcement trying to piece together what happened.

Police are hoping someone will have some information on the shooter and the vehicle. They are working with crime stoppers so those tips can be anonymous - just call 1-800-SPEAK-UP. 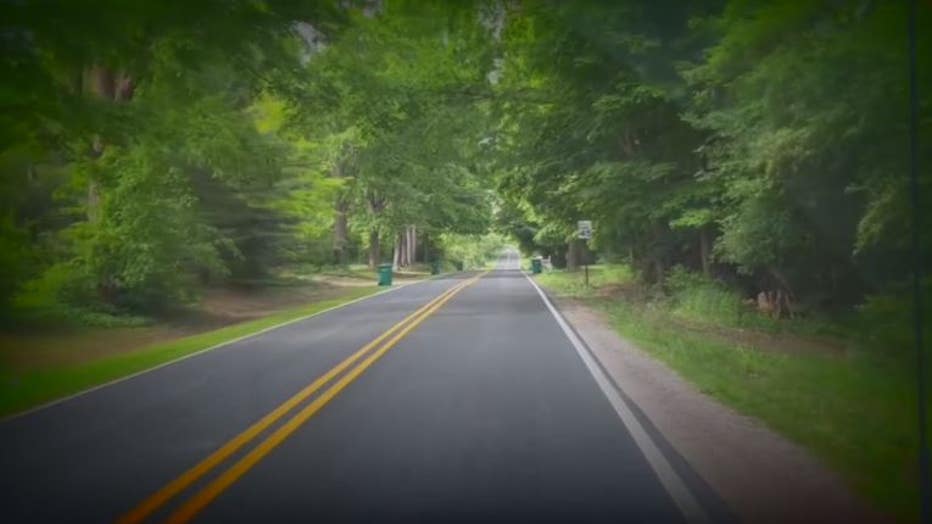