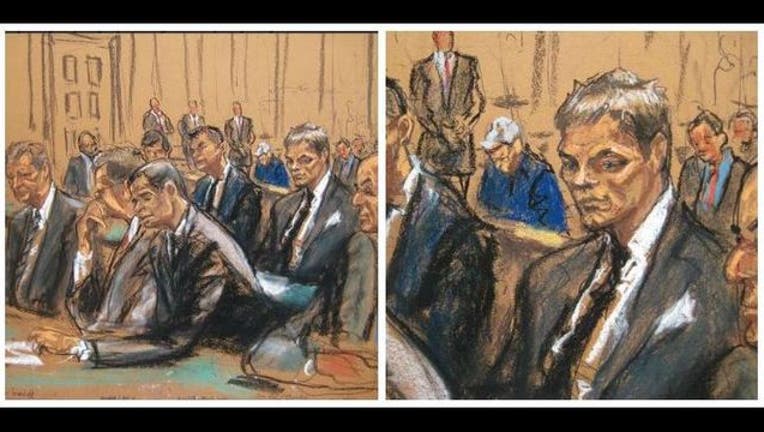 (WJBK) - They say if you get your feeling hurt easily, don't play on the Internet. And this day was no exception.

When a courtroom sketch was released of New England Patriots football player Tom Brady's first day in New York District Court for 'DeflateGate', the Internet practically exploded with comments, memes and jokes about the 'quality' of the drawing. Brady's face in the sketch has been compared to the likes of E.T., the Hunchback of Notre Dame and Sloth from 'The Goonies.' Scroll down to see the examples of the Internet at work.

In an interview with the Boston Herald, the artist, Jane Rosenberg, came to defense of her drawing saying "I don’t try to be different. I try to draw what I see. So that’s what I did.” She also said Brady was tough to draw because he "seemed to be on his cellphone most of the time, looking down at his phone for most of the day. He didn’t look up very much."

Either way, nearly everyone on Twitter had a creative take on the courtroom sketch and the normally hot looking football player. Here's a sample of some of the images circulating the 'net:

So, of course our FOX 2 morning anchors had to join in on the fun. Here's some of their sketches of each other: