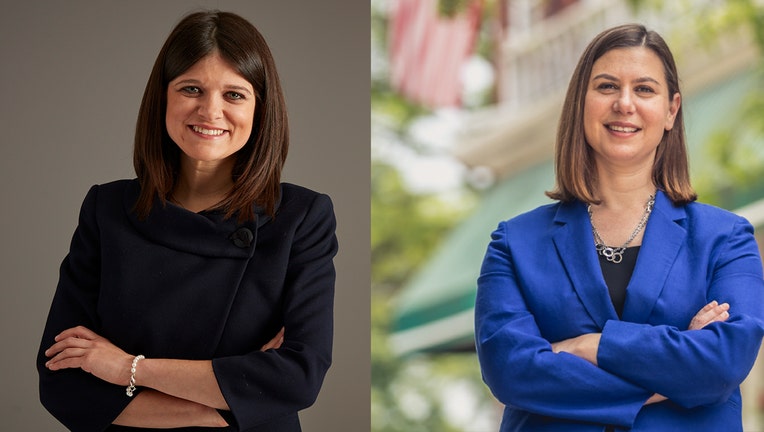 (FOX 2) - Every Michigan Democrat in the U.S. House of Representatives supports an impeachment inquiry into President Donald Trump.

While some lawmakers announced their intention for impeachment before they even began their term, others only threw their weight behind impeachment a day before House Speaker Nancy Pelosi made the formal announcement. Two of those representatives are Haley Stevens D-Rochester and Elissa Slotkin D-Holly. The representatives are in unique positions as impeachment talk turns toward action, as both are freshman lawmakers and both converted red seats to blue in 2018.

But will that decision cause them backlash? For both congresswoman, their support transcends politics.

"This is certainly been a really sad week," said Stevens on WDET Wednesday morning. "If these allegations are proved to be true, they are certainly impeachable offenses."

Stevens said she had not taken the decision likely, but due to the matter being one of national security, it forced her hand. Slotkin relayed a similar sentiment in an editorial she authored in the Detroit Free Press Monday night.

"I did not make this decision lightly," she wrote. "My view comes from my deeply-held belief that no one should ever be above the law, and that preserving our American institutions is the most important responsibility we have as members of Congress. The President’s alleged attempt to wield the power of his office for political gain is a threat to our democratic institutions, and therefore to our national security. And we must not look away."

While talk of impeachment was a steady drumbeat for much of Trump's presidency, a large swath of lawmakers threw their support behind the action following reports that Trump had put pressure on the president of Ukraine to investigate Hunter Biden, the son of Joe Biden - a top polling candidate running for office in 2020. Amid those reports, Trump allegedly threatened to withhold military assistance that Congress had allocated to Ukraine with the intention of defending against Russian-backed insurgents in the country.

A professor at the University of Michigan said a key component to how lawmakers in the past viewed impeachment was contingent on how their constituents felt about removal of Trump.

"I saw a national poll that showed the public is not yet in majority support of impeachment," said Vincent Hutchings, a professor of political science. "I don't pretend to know of the sentiment in these districts. Since they were districts that were previously Republican, it's not unlikely that they're isn't a groundswell of support for impeachment."

Upon the release of Special Counsel Robert Mueller's report on Russian interference in the 2016 election, national polls showed a majority of the country not in support of impeachment. More acute polling of Michigan's 8th and 11th districts that Slotkin and Stevens represent respectively, it's unclear if constituents there support impeachment.

There may be tremors of lawmakers changing their tune however. Hutchings said the new call for impeachment may have more ears in Congress.

"I think the ground has shifted too. It's too soon to know what public sentiment is, but the president's actions are fairly clean cut," he said. "He (Trump) admitted to most of the major particulars. That will make it hard for an opponent of impeachment to deny. There is reason it may have an effect, partly what we saw unfold in the Senate."

On Tuesday, the Senate voted unanimously on a resolution that called out the White House to reveal the full whistleblower complaint.

Stevens said she's seen growing consensus among her constituents as well. Over the last couple of days, she had seen an uptick in calls from residents supporting the impeachment.

"I certainly didn't run for Congress to be part of an impeachment inquiry," Stevens told the New York Times on Wednesday. "It's heartbreaking to look something like impeachment in the face. No matter who the president is, we want them to succeed. At the same time, I have to maintain the rule of law and checks and balances."

In 2018, Stevens won the seat by 7 percent after incumbent Republican David Trott said he wouldn't be running for another term. Slotkin's win over Republican incumbent Mike Bishop was a closer race, with her winning by a little more than 4 percent. The National Republican Congressional Committee seemed to think Slotkin's support would turn to electoral demise.

What remains to be seen is how the public on a national level, and more importantly in battleground districts feel about impeachment this time around. For both Slotkin and Stevens, public perception on impeachment has become moot next to actions they both view as impeachable. How this plays out in the 2020 election race may define who wins.