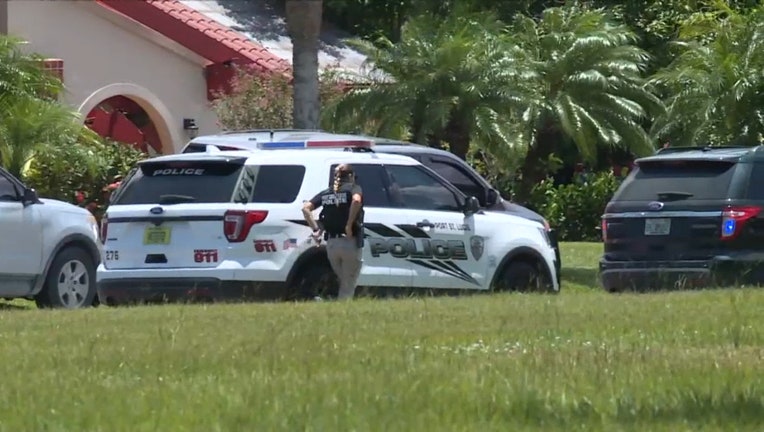 PORT ST. LUCIE, Fla. - Three people are dead after an apparent dispute over a dog that led offices to exchange gunfire with an armed suspect in a Florida neighborhood, authorities said Monday.

The victims include a man and a 13-year-old girl, according to Port St. Lucie police and the St. Lucie County Sheriff’s Office. The shooting suspect also was dead, but officials didn’t know whether he was killed by police in the gunfire or took his own life, Treasure Coast Newspapers reported.

Authorities rushed to a home in Port St. Lucie shortly after midday when a girl called 911 and said someone was shooting at her parents, Sheriff Ken Mascara said. He said officers found the adult male victim already dead, and added the girl was critically wounded and later died at a hospital.

The shooting appeared to stem from a dispute over a dog, Del Toro said.

“The dog was declared dangerous today in court, and he owned the dog and he went over there to confront his neighbors and this is what happened,” Del Toro said.

“Our officers encountered the suspect inside the victim’s home,” Port St. Lucie police assistant chief Richard Del Toro said. “Our officers and a deputy, actually, who was working at the school across the street responded to the scene immediately and exchanged gunfire with the suspect.”

Officials didn’t immediately identify the victims, the alleged shooter or the officers. There was no immediate word on the condition of the wounded officer. 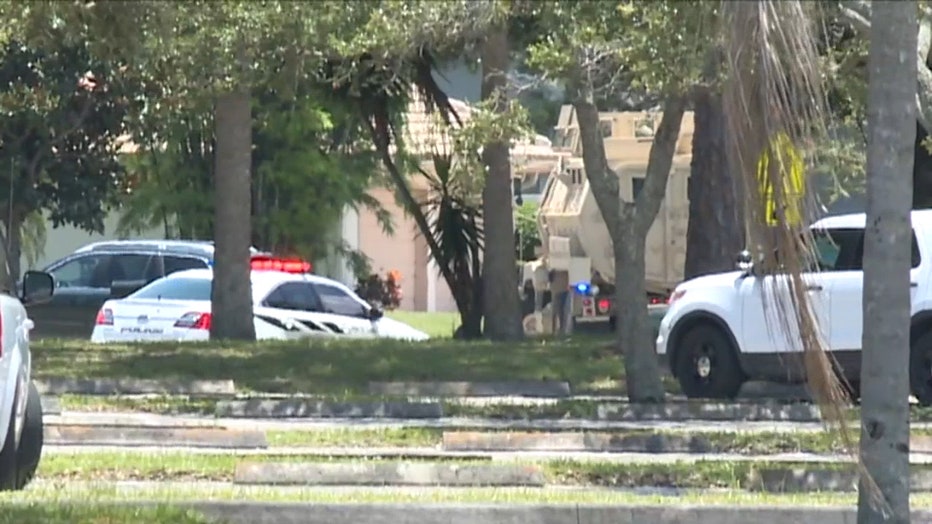