The new requirements would force voters to have a valid photo ID with up to date information, applications for absentee ballots would not be mailed out, and voters would have to get them in person.

LANSING, Mich. - Former President Donald Trump gave a boost to two Republican newcomers in Michigan, endorsing a challenger to longtime GOP Rep. Fred Upton and a secretary of state candidate — both of whom have pushed to audit the results of the state's presidential election.

Trump has falsely claimed there was widespread fraud that let Joe Biden "steal" the presidency. Biden won Michigan by about 155,000 votes or 2.8 percentage points.

Trump backed first-term state Rep. Steve Carra, of Three Rivers, over Upton in the 6th Congressional District. The seat in the state's southwestern corner will change due to redistricting.

Upton, who was first elected to the House nearly 35 years ago, was among 10 Republicans who voted to impeach Trump over the deadly insurrection at the Capitol.

"He doesn’t deserve to keep his seat," Trump said in a Tuesday statement that criticized Upton for backing his impeachment on "rigged up charges." He said Carra is "strong on Crime, Borders, and loves our Military and our Vets."

Carra is the fourth Republican that Trump has supported over an incumbent GOP member of Congress this cycle. Carra's campaign called it "a monumental moment in our race."

Upton has not announced a reelection bid but had raised roughly $625,000 through June. Carra had collected about $108,000. Three other Republicans are running, too: Jerry Solis, Ezra Scott and Jon Rocha. 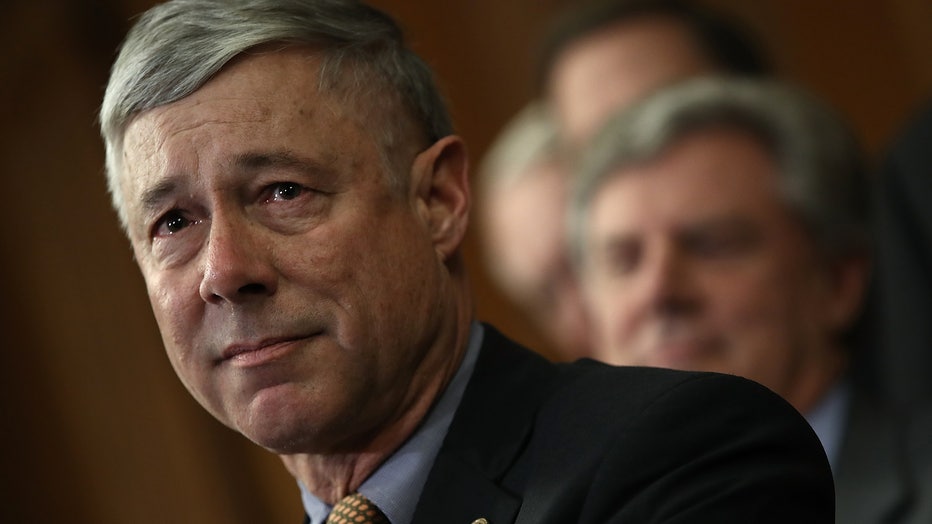 Trump endorsed Kristina Karamo for secretary of state, who so far is the only declared candidate, according to the state GOP. Secretary of state candidates are chosen at party conventions. Democrat Jocelyn Benson is up for reelection in 2022.

Karamo backed Texas' lawsuit that unsuccessfully tried to prevent Michigan and three other states from casting their electoral votes for Biden and to have state legislatures vote on certification.

In June, Karamo traveled to Arizona to watch an unprecedented review of ballots in the state's largest county — one Republicans launched in an effort to find irregularities that could support Trump’s lies. Election experts have cited numerous flaws with the audit, the results of which have not yet been released.

Conservatives have asked for a similar review in Michigan, but the request has not been embraced by Republicans who control the Senate. A GOP-led Senate committee, in fact, concluded there was no systemic fraud and urged an investigation of some people who continue to make baseless claims.

Carra is sponsoring a bill that would require an audit of the 2020 election. Benson has said 250 post-election audits were conducted around the state and are "concrete evidence that November’s election was fair, secure and accurate, and that the results reflect the will of Michigan voters."