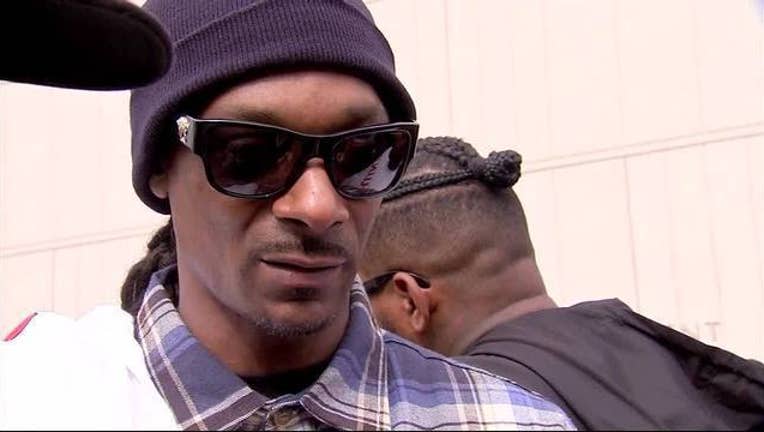 NEW YORK (FOX 5 NY) - President Donald Trump took to Twitter Wednesday to fire back at Snoop Dogg for a new music video featuring the West Coast rapper shooting a toy gun at a clown dressed as the Commander in Chief.

The video was posted Sunday. The gun releases the word "bang."

The music video also shows a TV airing a news conference with the headline "Ronald Klump wants to deport all doggs," airing live from "The Clown House."

Most of the people in the video are dressed as clowns aside from Snoop Dogg.

"Can you imagine what the outcry would be if @SnoopDogg, failing career and all, had aimed and fired the gun at President Obama? Jail time!" wrote the President.

Trump's personal lawyer, slammed the video and Snoop, during an interview with entertainment website TMZ.

"I'm really shocked at him. I thought he was better than that," said Michael Cohen. "I certainly would not have accepted it as President Obama and certainly not as President Trump."

Actor-comedian Michael Rapaport stars in the clip. He's pulled over and shot by a police officer, which is filmed by an onlooker.

The video is for a remixed version of the song "Lavender," by Canadian group BADBADNOTGOOD featuring Snoop Dogg and Kaytranada.