FOX 2 - The United Auto Workers Union and Ford Motor Company have reached a tentative agreement, the union said in a release Wednesday night.

This comes a few weeks after the 40-day strike by UAW General Motors workers which was resolved earlier this month. 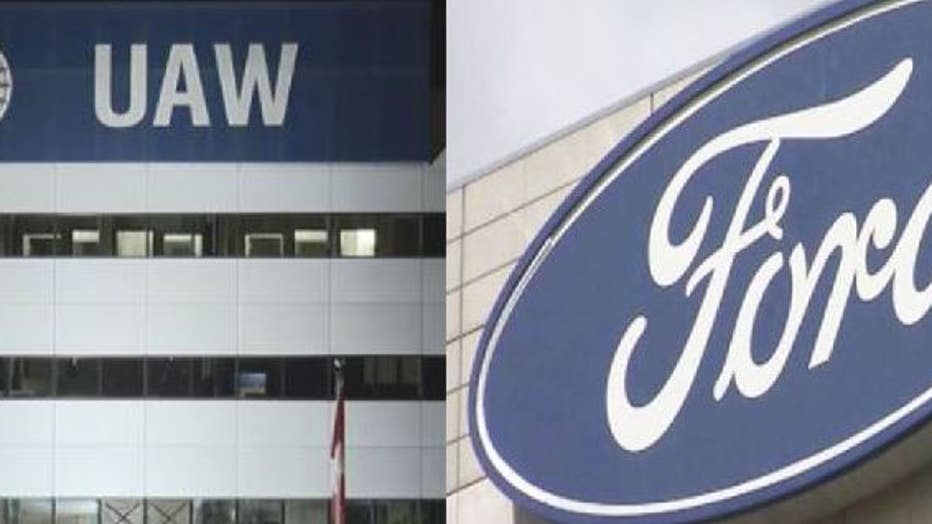 Here is the release from the UAW:

The UAW Ford National Negotiators, UAW President Gary Jones along with UAW Vice President Rory Gamble, Director of the Ford Department, have announced that they have reached a proposed tentative agreement.

“Our national negotiators elected by their local unions have voted unanimously to recommend to the UAW-Ford National Council the proposed tentative agreement,” said Gamble. “Our negotiating team worked diligently during the General Motors strike to maintain productive negotiations with Ford. The pattern bargaining strategy has been a very effective approach for UAW and its members to secure economic gains around salary, benefits and secured over $6 billion in major product investments in American facilities, creating and retaining over 8,500 jobs for our communities.”

“Out of respect for our members, we will refrain from commenting or releasing full details of the agreement until the UAW-Ford Council leaders meet and review the details,” said Gamble.

UAW President Gary Jones thanked the national negotiators for their hard work. “Vice President Gamble, his staff and the Ford negotiating team have worked tirelessly to reach an agreement that preserves job security and rewards UAW Ford members for their quality work,” said Jones. “These were long and hard hours, but I feel confident they were able to secure a contract that protects our member’s future.”

Ford Motor Co. confirmed the two had reached an agreement and released the following statement:

Ford can confirm the UAW’s announcement that the UAW and Ford have reached a proposed tentative agreement on a four-year contract. Further details will be provided at a later date.