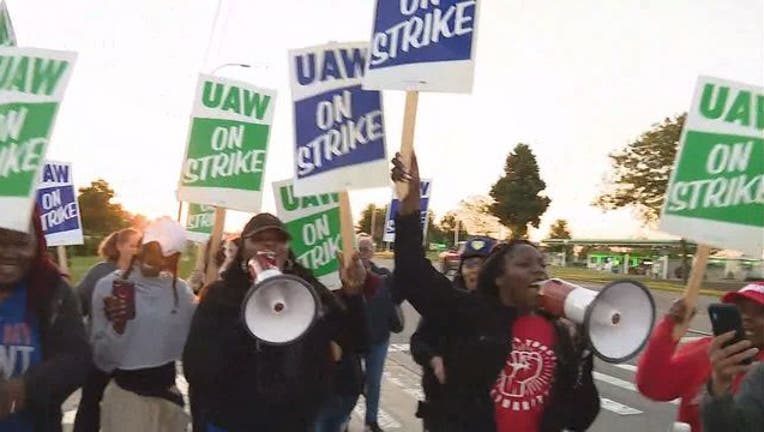 SALINE, Mich. (FOX 2) - Dozens of workers at a Saline auto parts manufacturer are on strike Friday.

UAW workers at the Faurecia Systems Plant on Michigan Avenue walked off the job shortly after midnight. The union local's four-year contract was extended for three weeks on June 1 while negotiations continued, but no deal was reached by the midnight deadline.

Faurecia systems is a supplier to Ford, Fiat-Chrysler and Tesla and employs roughly 2,000 workers at the Saline facility.