(FOX 2) - "Every time I call my call gets disconnected or I get sent to another automated system,” says Krysten Butler.

Feeling helpless and desperate, she’s trying to reach someone with the Red Cross during this coronavirus emergency. But her family’s crisis has nothing to do with the virus.

Veteran loses everything in house fire including his wife’s ashes

She’s trying to get her 52-year-old father some much-needed help after the home he’d been renting caught fire and burned down this weekend.

"When I came home the smoke was billowing out of the side of the house. I tried to get in through the front door and the flames just kicked me back,” he said. Burke pulled his dog away and called 911 but worried about his cat and his very large pet snake that were still inside.

"We don't know how anything could've been inside and lived… Smoke damage and everything else."

But Burke discovering his cat hidden in a crawl space and his snake was also unhurt, with just minor burns to her face. The snake is now staying in Kyrsten’s bathroom.

"My 4-year-old daughter is really loving having a 15-foot-snake in my house,” she said.

Meanwhile her father is trying to salvage what he can. 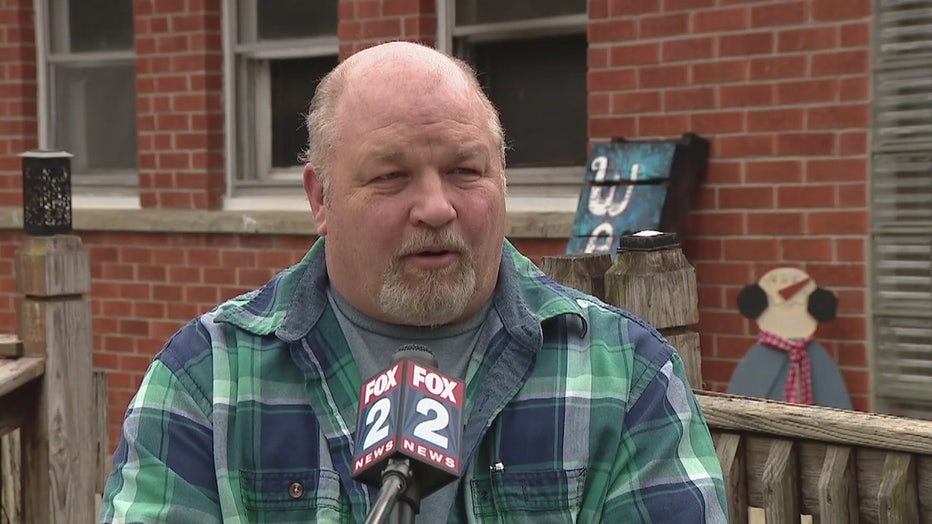 "I found some stuff in the washing machine."

But some of what he's lost is irreplaceable.

"We even lost my mother's ashes. We lost all of our family photos."

Burke says his rental insurance company is sending him $500 for necessities Thursday.

A representative with the Red Cross has also apologized to the family that their lines have been so tied up. And later on Thursday someone did call Scott back.

Meanwhile, friends, neighbors and even a couple of Westland city council members dropped off shoes and clothes.

"Just the amount of love we've been shown is humbling. The support is incredible."

If you’d like to make a donation to the family, you can do so via a Facebook donation page here.