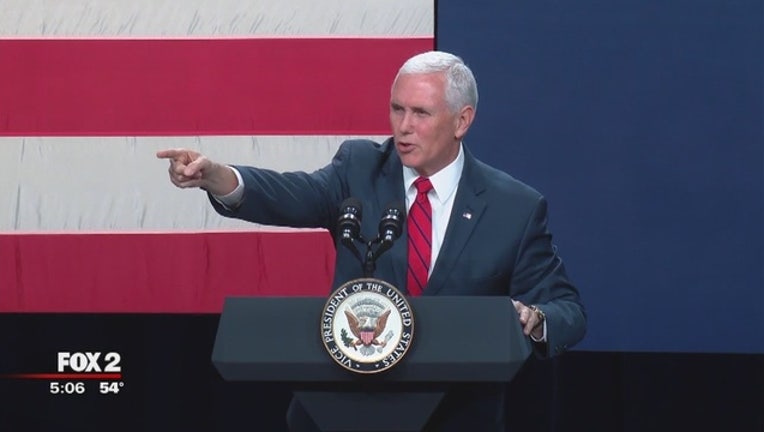 DETROIT (FOX 2) - Vice president Mike Pence will be participating in a Trump victory rally in Detroit on Wednesday, April 24, 2019.

The White House announced the plans today and said after the event Pence will make two other stops.

He'll tour the Ford Motor Company Dearborn Truck Plant, and then give remarks at an auto industry discussion in Taylor about the new United States-Mexico-Canada Agreement.

Pence is scheduled to land in Michigan just after 11 a.m. and will give his remarks on the auto industry around 2:30 p.m.

The White House did not release further details about the public attending either event.