DETROIT - After a successful campaign to put the district-drawing power into the hands of the people, the state of Michigan is kicking off its campaign to find those people.

"Every single citizen feels like they have a voice and they deserve to have a seat at this table," said Jocelyn Benson, the Michigan Secretary of State.

Last November, voters overwhelmingly voted in favor of proposition 2, Voters Not Politicians. The ballot initiative was directed at curbing partisan gerrymandering, the process of lawmakers redrawing district lines that benefits a certain political party. Lawmakers redraw district lines after every census, which takes place every 10 years.

However, Michigan's doing it a little bit differently this time. Instead, 13 randomly-selected residents from Michigan will be responsible for drawing those boundary lines.

"We're about to start on a new venture in Democracy. The idea of citizens actually drawing the boundaries in a fair way," said Detroit Mayor Mike Duggan.

The Michigan Secretary of State kicked off the state's new redistricting campaign to end partisan gerrymandering by electing 13 citizens to redraw house, senate, and congressional boundaries.

This independent council will be responsible for redrawing the district lines for statehouse seats, state senate seats, and even congressional seats.

"Redistricting affects our representation in the halls of power from Washington to Lansing to every municipality of our state," said Pastor Marcus Ways, of the Christian Gospel Center. "It is now time for our citizens to get involved and to shape the future of our Democracy here in Michigan."

Any and all are encouraged to apply. Aside from voting, it's one of the purest forms of representation a voter can have.

Any commissioners selected must be registered voters in Michigan and will be selected by the fall of 2020. They'll be redrawing lines in 2022.

"It's a first-of-its-kind opportunity in Michigan and Michigan is only the second state in the country to do something like this and Michiganders will have an opportunity to not just be a part of drawing Michigan's future with these maps but truly be a part of history in our state and in our country."

You can find the link to apply here. 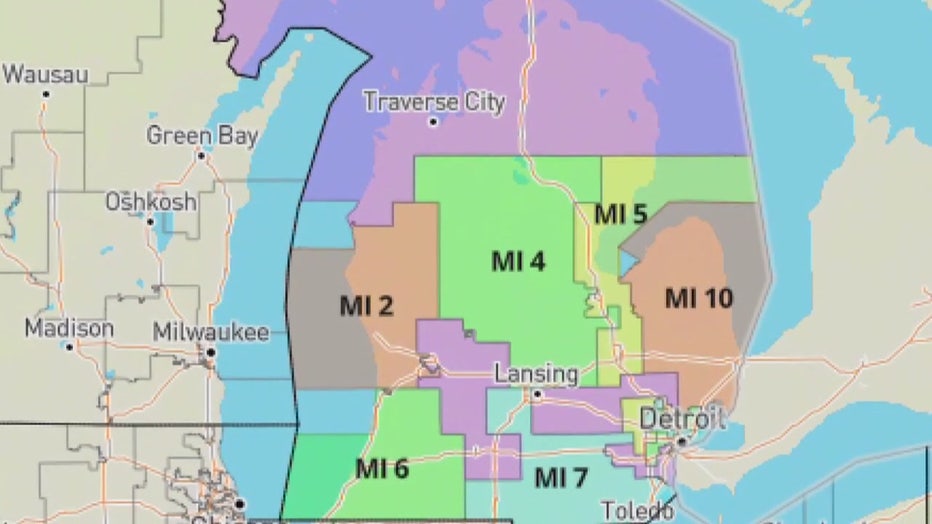