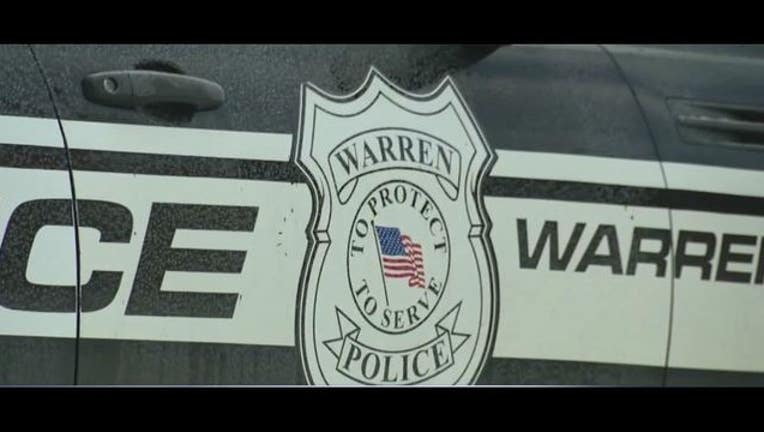 WARREN, Mich. (FOX 2) - A Warren police officer needed 9 staples in his head after getting injured while arresting a man who led officers on a chase Sunday night.

Warren police say the chase started when the 27-year-old suspect stole his mother's work vehicle from her home in Center Line, near 9 Mile and Van Dyke. Police got the call about the stolen car and saw the vehicle around 9:40 p.m. going north on Van Dyke, and began to pursue the man.

The driver didn't stop and a short chase began. The chase ended at 12 Mile and Schoenherr when the suspect crashed into a white Jeep Wrangler.

Nobody was hurt in the crash, but an officer cut himself while getting the suspect out of the stolen car. The officer needed 9 staples in his head, and is currently at home recovering.

The suspect is facing multiple charges, including fleeing and eluding, resisting arrest and others.