Clinton Township Police are searching for a man who tried to jimmy open a locked car and then tried to smash it with a rock. The attempted break-in was caught on crystal clear video.

Clinton Township Police are searching for a suspect wanted for an attempted theft as he tried to break into a locked SUV and then tried to smash it with a boulder.

Police released a home surveillance video of the crime that happened at a home in the 18 Mile and Garfield area. According to police, the man damaged the window and wasn't able to get inside the SUV but believe he's linked to other larcenies in the area.

The video shows two cars parked in the driveway - a Buick and what appears to be a Ford Edge. The man passes the Buick and goes straight for the front passenger door of the Edge.

WATCH: Man fails multiple times to break into car, even with a rock

He doesn't try the door handle but instead sticks something in between the window and the door and appears to be trying to jimmy open the door by popping the glass loose.

He tries the same on the back window before turning around and looking at the Buick. He may have tried to open the doors of the Buick but that was not visible in the video.

The man then turns his attention back to the Edge and leans his back against the Buick while placing his right foot on just above the door handle. It appears he's trying to push in the glass. 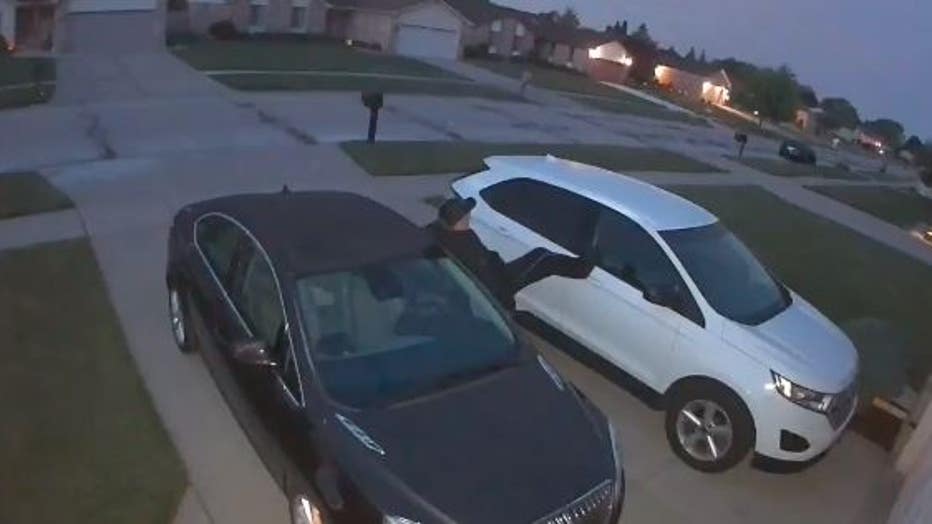 The suspect leans back and tries to push the window open with his foot.

He quickly gives up on this tactic and starts to walk away and toward the front door of the home.

He returns to the video with a large boulder which he throws at the front passenger window of the car.

It cracks the window but the boulder just bounces off, nearly landing on his feet. Then he walks out of the frame, again, and appears to have finally admitted defeat to the front window.

Police are asking who recognizes the white man wearing all black and a black hat to contact Det. Anderson at andersonj@clintontownship-mi.gov or 586-493-7854. 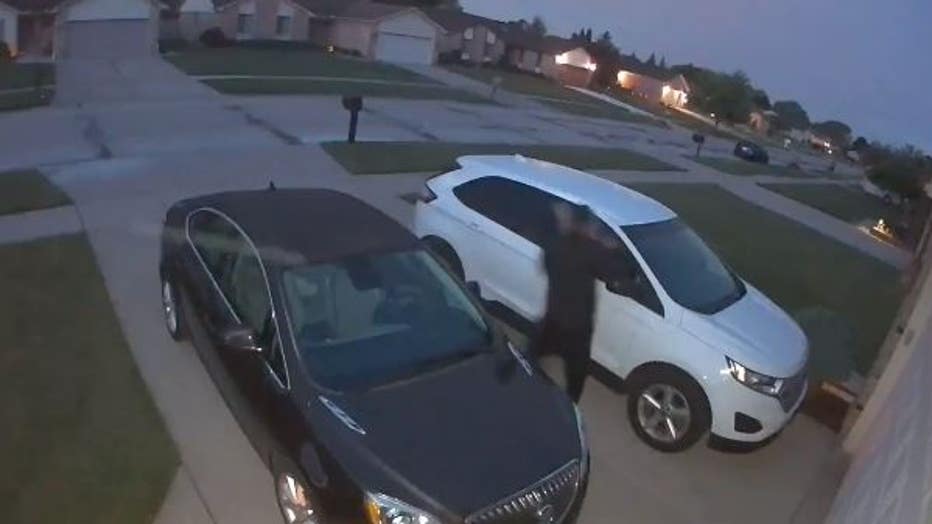 After failing to jimmy the door or window open, he tries to smash it with a rock.