FOX 2 - We know from recent events more and more first responders are feeling burned out - due to stress, long hours, graphic things they see that they can't speak to others about. But now there's help.

"We are talking about police, firefighters, dispatchers, corrections officers and EMS. It’s a different population," said Dr. Arash Javanbakht. "They have their own different experiences."

Which is why Dr Arash Javanbakht  works on the Frontline Stronger Together Program, developed by Wayne State’s Psychiatry and Behavioral Health Sciences Department.

It gives First Responders the mental and emotional support they need, for very their tough jobs.

The program is fairly new - and just in time.

"For a number of years, the officers of the Melvindale Police Dept have sounded the alarm that our police department is heading toward the edge of a cliff," said Sgt. Matthew Furman last week.

Last week Melvindale police officers were among many giving city officials across the region an earful about the increasing pressures they face on the street.

"We are burned out. Morale has been dead for years. We are physically, mentally and emotionally exhausted," Furman said during a heated city council meeting.

A few days later, the chief of the Ypsilanti Police Department, Tony DeGiusti, resigned, amid staffing shortages there.

"The trauma and the stress in this population is different than most other people in the way that, if I have a horrible car accident or I may be, let’s say, assaulted," said Javanbakht. "Then I come back to my usual, safe normal life, and I can recover. For these people - it’s every single day."

Officers and other first responders can call the program and be cared for by their peers who know exactly what they’ve been through.

"For example, 'I’m a bad person because this happened to me.' Feelings of shame. Feelings of guilt."

Treatments also include augmented reality devices to help first responders approach social situations in a healthy way while being treated for job-related PTSD.

"Like Iron Man, you wear the goggles, and you are in a room and gradually people come in, and you are interacting with these virtual humans," the doctor said. "Of course, you can imagine in the long run, this can be used also for training."

A big part of the key is breaking the stigma of talking about mental health.

"A lot of times, the person, they themselves don’t know what’s happening," said Javanbakht. "I’ve had police officers, they’ve been dealing with PTSD not being able to sleep, or having nightmares every night for years, before a peer told them hey this is a problem that can be solved, go seek treatment." 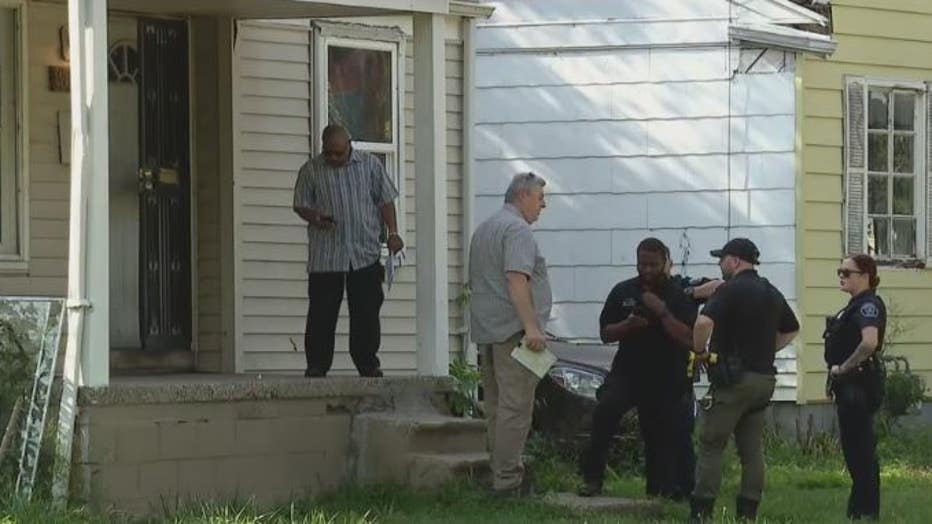