BEVERLY HILLS, Mich. (FOX 2) - As Governor Whitmer continues to keep a lockdown on gyms during the pandemic, one metro Detroit health club has decided to defy that order and open its doors starting Monday.

"If it's going to get someone's attention yes," said Steven Satovsky.

As Governor Whitmer continues to keep a lock-down on gyms during the pandemic, one metro Detroit health club has decided to defy that order and open its doors starting Monday.

Satovsky, the owner of the Beverly Hills Club, said he made several calls to the Gov. Gretchen Whitmer's office to prove why fitness clubs and gyms can reopen safely.

"We've gotten absolutely no response from the government," he said. "We feel like we've just been a forgotten industry."

Right after the shutdown began in March the Beverly Hills Club made changes to keep employees and patrons safe from COVID-19. That transformation includes the addition of 7,000 square feet to help promote social distancing.

"We've got 30-foot ceilings, we have got all-new ventilation system, all new filters put in," he said.

Before Monday's reopening the Beverly Hills Club was already authorized to reopen for services deemed essential.

Workout sessions were allowed to take place outside, but the owner says more and more members were asking for indoor workout sessions and his employees want to get back to work.

Members here at the BHC club say it's great to be inside and get a workout in.

"I feel very safe, everything is spread out and clean," said member Tim Darcey.

But Whitmer's office believes with the high levels of heavy respiratory activity, and shared indoor spaces, it makes perfect sense that gyms would be one of the last businesses to come back online.

Whitmer's office told FOX 2 in a statement, saying "Governor Whitmer will continue to work alongside business leaders and the state's top medical experts to make decisions based on the most accurate data and science to keep Michiganders safe."

But this business owner is convinced the time to reopen fitness clubs and the gym is now and he is inviting the governor to the Beverly Hills Club to see for herself. 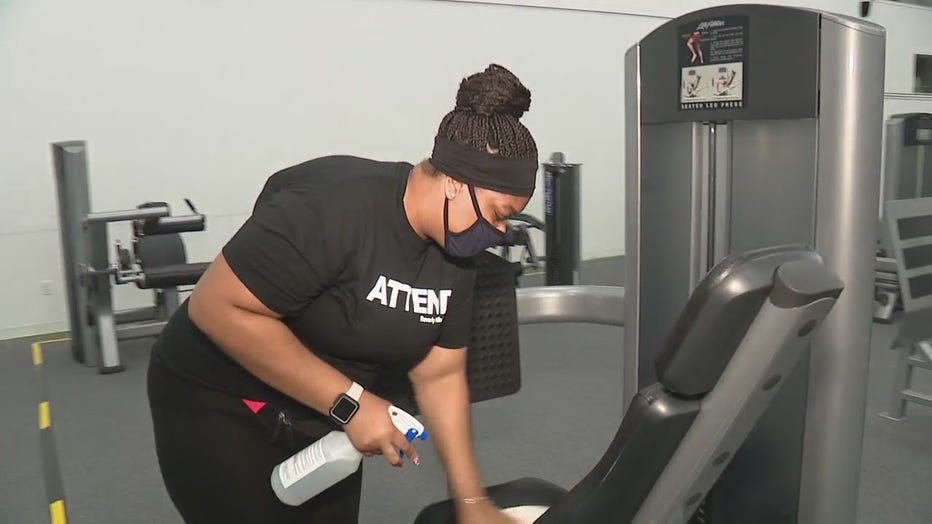