DETROIT (FOX 2) - Otis Lee was lovingly known as the "King" of corned beef, who served the people of Detroit for decades out of his Deli in Midtown. Unfortunately, on Sunday morning, COVID-19 took the 72-year-old's life.

In 1973, Otis opened up Fofo's Deli in Midtown when it was considered a rough neighborhood.

"It took off like wildfire," Keith said. "People loved it. It was basically an overnight success."

Otis served up giant corned beef sandwiches for decades, earning him the title of the Corned Beef King, one he wore proudly.

"It was the go to place," Keith said. "After church, after the club, it was just the place to be."

The name Fofo, a nickname for Keith Lee, Otis's Oldest son. It made sense to put it on the building that stood off Second Avenue and Hazelwood Unit until 2007. Otis served his regulars and beyond.

"He did the inaugural cake for Bill Clinton," Keith said.

The 72-year-old is one of more than 600 people in Michigan now dead from complications of COVID-19. He was sick, then sicker, Then in an induced coma in the hospital.

Keith got the call, he wasn't getting better, and was allowed to come say goodbye.

"I had to get over there" Keith said. "Like I'm going to miss him."

The passing of Otis is still sinking in for his family. Keith summed up what he will miss most about his dad. 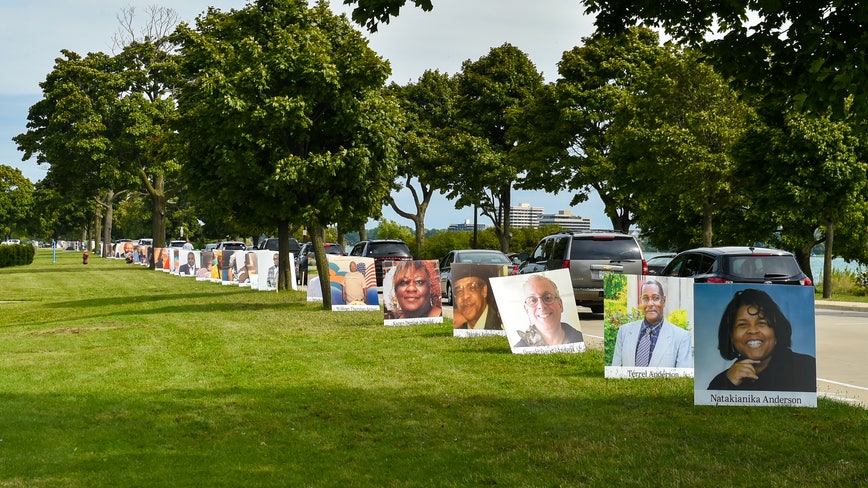