The woman who used the n-word in the meeting blamed her son’s use of it on his aunt and hip-hop music.

GROSSE POINTE, Mich. (FOX 2) - A white woman’s rant and use of the n-word at a Grosse Pointe school board meeting Monday is causing controversy in the Grosse Pointes.

The woman was upset about her son’s suspension and seemed to associate the district’s diversity, equity and inclusion efforts with him being disciplined for using the n-word in a social media post and in a video.

"My address was put out there, we were threatened and why because he said n*****," she said at the meeting. "This happens to be in every song, the FCC, the John Conners, the who’s who that’s in charge of *bleep* basically are allowing this and our kids ..."

Board member: "Excuse me ma’am, you can finish but just watch the language."

FOX 2: "What was your initial reaction hearing her comments?"

"Frankly I was shocked," said Dr. Jon Dean. "I actually paused for a second and had one of those moments where I’m like, ‘Did I just hear that?’"

Dean, the Grosse Pointe Schools superintendent, condemned the woman’s remarks at the end of the meeting, as did board trustee Margaret Weertz.

FOX 2: "Do you feel like the board’s response could have been stronger in the moment those remarks were made?" 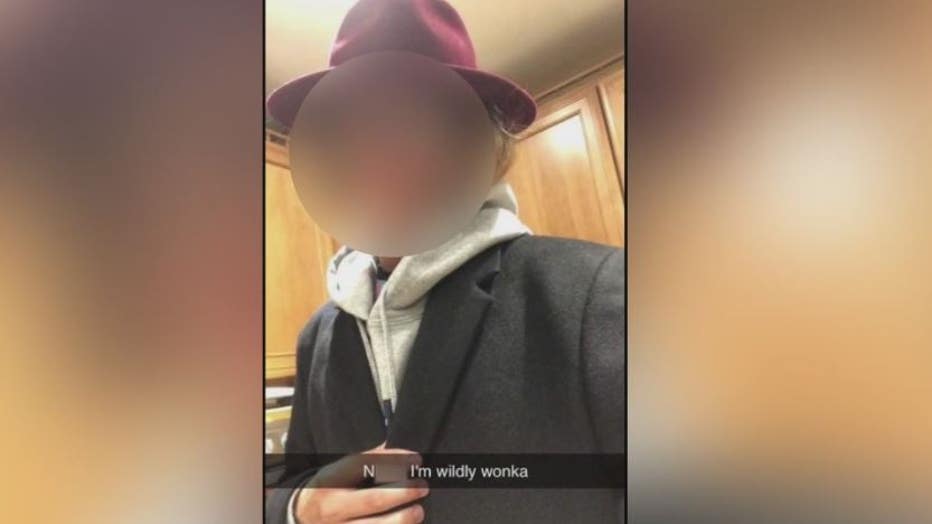 "I do, I wish it had been," said parent Abigail Ward.

Ward was at the meeting and says the woman’s comments came right after she, who’s married to a Black man and has biracial kids - thanked the district for its efforts on diversity and inclusion.

"I’m just concerned as a parent, that the more and more lines continue to be crossed, at what point will the board then speak up," she said.

The woman who used the n-word in the meeting blamed her son’s use of it on his aunt and hip-hop music.

One woman FOX 2 spoke with, who is Black, did not accept that excuse.

"Being introduced by his 'chocolate brown' auntie doesn’t make it right," said Shantrell Griffin-McMillan. "And for her to do it at a board meeting, to be so offensive, to disregard any of the 'brown aunties' out here in the district, and parents, and students, who hear this and exposed to the meetings, how do you think that made us feel?"

The school board president released a statement Wednesday that said in part that it condemned the remarks by the woman and that anyone else making inappropriate comments will be removed from meetings. 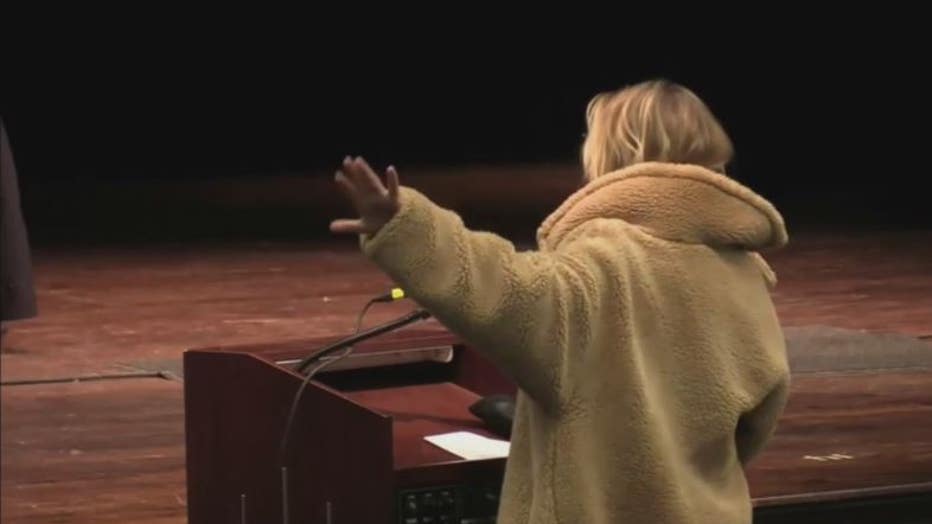 The full letter is below:

As Board President, I feel compelled to address a situation that occurred at our meeting Monday, January 24th. At this meeting a resident used a racial slur and profanity during the public comment portion of the meeting. It is critically important that our entire community understands that this behavior has no place in our school district.

Here are some key points:

As President, it is my job to conduct the meeting per Robert’s Rules. I immediately stopped her from using that language and said she could only continue if she refrained from such behavior.

As President, it is my responsibility to determine when and how to respond to public comments. This is rarely done at our formal business meetings, and often involves further investigation and participation by the administration.

Moving forward, anyone using inappropriate language will be removed from the meeting.
At the end of the meeting, board members have the opportunity to make a public comment. Trustee Weertz did so eloquently. She modeled what our students call being an "upstander not a bystander."

Superintendent Dean also responded as the leader of our district, clearly denouncing the speaker’s comments when he stated, "Our school district does not tolerate language like that in any construct."

In my comments, I stressed "being aware of the examples we set for [our kids] in our agreeing and disagreeing and also in the way that we treat one another."
If you have watched any board meeting during my time as President, you have seen me emphasize how critical it is for us to model civil discourse and listen to all voices, even when we disagree. By nature and professional training, I am a peacekeeper.

But do not think my willingness to listen means I or the board agree with the use of such language. We condemn this language. In fact, this only underscores the importance of our collective work set forth in our new strategic plan.

Our expectations are high for our children. We hold our community to those same standards of excellence.