LANSING, Mich. - Almost 24 hours after President Trump took a visit to Muskegon, Governor Gretchen Whitmer decided to respond to some of his comments, during an interview on NBC'S Meet the Press Sunday morning. 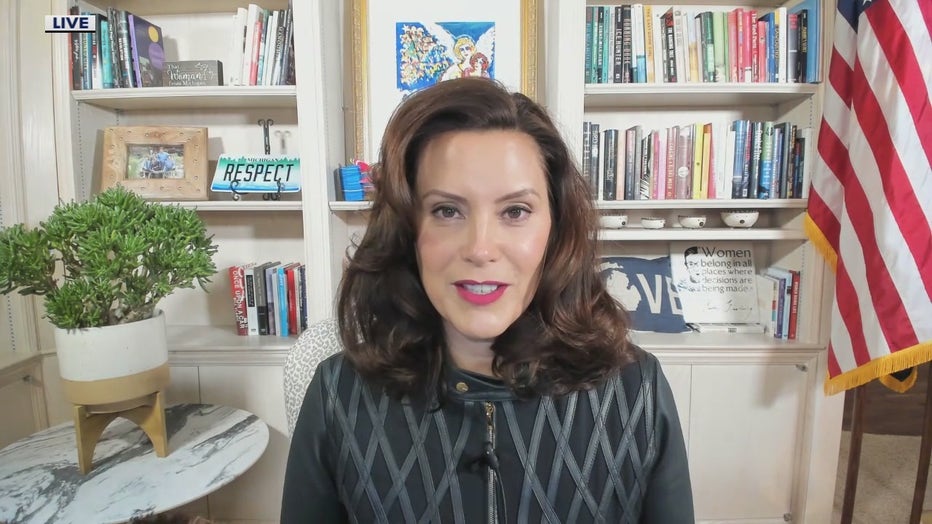 Michigan Gov. Gretchen Whitmer speaks from her residence in Lansing on Oct. 18, 2020.

During the interview, Whitmer was pretty vocal about some of her disagreements with the president. She believes while in Muskegon, he promoted a high level of terrorism through his "lock her up chants."

The governor says the topic of terrorism is very sensitive, especially after 13 men were arrested for organizing a plot to kidnap her just 10 days ago.

"10 days after that was uncovered, the president is at it again, and inspiring, incentivizing and inciting this kind of domestic terrorism," Whitmer said. "It is wrong and it has to end."

During his Muskegon rally, the president briefly discussed COVID-19 and referred to it as the "virus from China." He also pressured Whitmer to reopen the state and the schools.

Whitmer responded to that by explaining how COVID-19 in Michigan and across America is still a problem that needs to be handled with proper precautions. She also went through a timeline of Michigan's lockdowns.

"Last night, the president talked about lockdowns. We haven't had a stay home order since late Spring, but I know he never lets the facts get in the way of the comments that he's making," Whitmer said. "Every moment that we are not focused on the fact that 220,000 Americans have died from this virus, is good for him."

Whitmer also called out President Trump's ability to deal with the virus by saying "The Trump virus response is the worst in the globe, in the world, it's just the worst."

Lastly, Whitmer did agree with President Trump on the importance of voting, which is why she said she will continue to campaign for Former Vice President, Joe Biden. 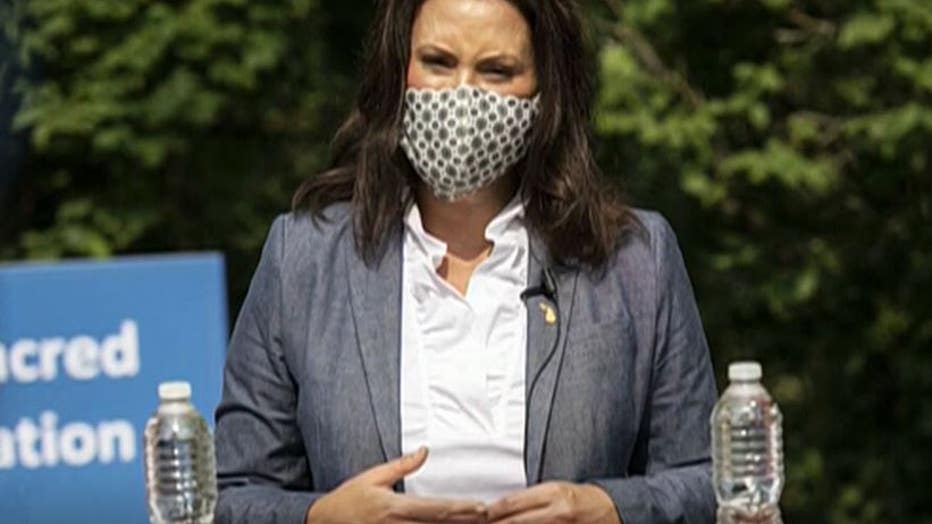 "I'm working hard to make sure he does win," Whitmer said. "This is the moment where we as Americans need to elect leaders that are going to look after our health, look out for our economy, get us back to work and make America a lead in the fight against COVID."

"Governor Whitmer's rampant hypocrisy would be laughable if it were not so dangerous. Her constant partisan rhetoric on cable news drives violence towards President Trump and the First Family. It must stop." - Trump Victory

A previous version of this story had a screenshot from NBC's "Meet the Press" which FOX 2 was not authorized to use. We removed the image and replaced it with one from an interview the Governor conducted with FOX 2 earlier in the day.