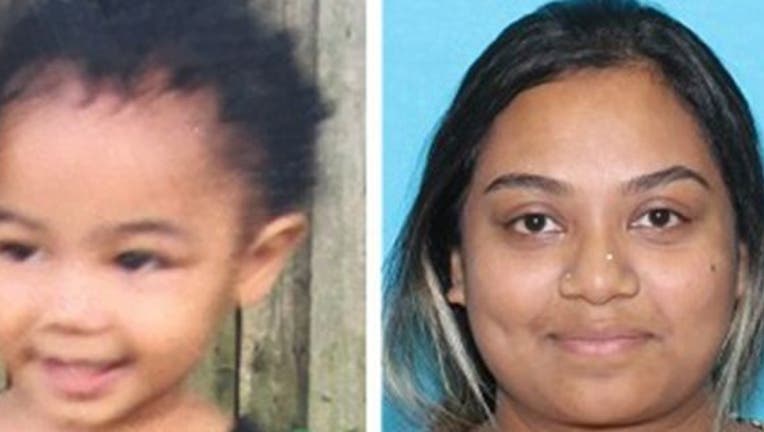 Sharena Islam Nancy, 25, faces charges including kidnapping of a minor in the disappearance of Nalani Johnson, who will be 2 years old this month.

PITTSBURGH (AP) - A woman accused of having kidnapped a toddler near Pittsburgh has now been charged with criminal homicide in the child's death last month.

Allegheny County police say 25-year-old Sharena Islam Nancy was charged with criminal homicide and abuse of a corpse in the death of Nalani Johnson, who was about to have her second birthday.

Nancy, who authorities say had been romantically involved with the child's father, was earlier charged with kidnapping of a minor, concealing the whereabouts of a child, and custodial interference.

Johnson's body was found Sept. 3 in an Indiana County park about 37 miles (60 kilometers) east of Penn Hills, where authorities allege she had been kidnapped a few days earlier.

Nancy remains jailed without bail; a message was left for her attorney Saturday seeking comment.