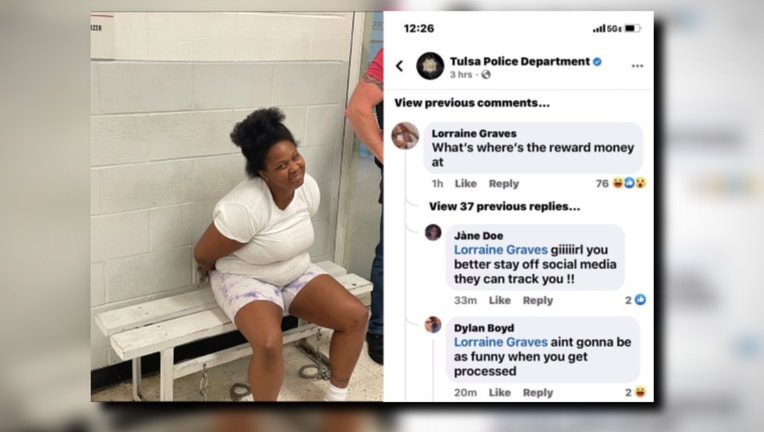 Tulsa police said Lorraine Graves commented on a Facebook post the department made about her. (Source: Tulsa Police Department)

TULSA, Okla. - Police departments often use Facebook to ask the public for help finding a wanted suspect, but they probably don’t anticipate the suspect commenting on the post about them.

Even so, that’s exactly what police say happened when the Tulsa Police Department posted about Lorraine Graves on Wednesday.

Officers published photos of Graves and said she was charged with accessory to murder. Detectives said she was involved in Tulsa’s 10th homicide of the year in which Eric Graves was shot and killed at an apartment complex.

Within hours of the police department’s Facebook post, Graves appears to have commented asking about the reward money.

Thursday afternoon, detectives arrested Graves in north Tulsa. She’s being held in the Tulsa County Jail with a bond set at $500,000.