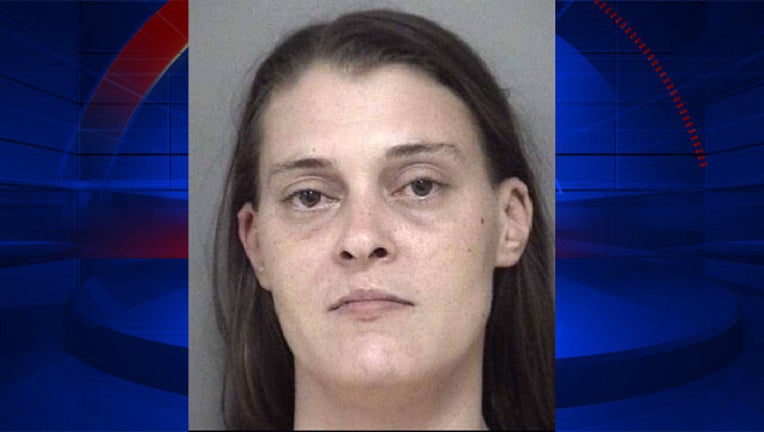 Talia Furman, 32, was charged with plotting to kidnap, rape and kill a random child. Image: Provided

BATTLE CREEK, Mich. (FOX 2) - A woman who authorities say was involved in a child pornography ring and a plot to kidnap, rape, and kill a random Michigan child has pleaded no contest in a sexual assault case involving an infant girl.

The Battle Creek Enquirer reports 33-year-old Talia Furman of Springfield entered the plea Tuesday to first-degree criminal sexual conduct and is scheduled for sentencing April 29 in Calhoun County Circuit Court. A no contest plea isn't an admission of guilt, but is treated as such for sentencing.

Furman appeared with her attorney, Justin McCarthy, to enter the plea on the same day she was due to stand trial on six counts of rape, child abuse and possession of child pornography.

Furman and her boyfriend, 32-year-old Matthew Toole of Battle Creek, were arrested last year on charges including sexual assault of a 3-year-old boy and an infant girl at a home in Springfield, Michigan, and a campground. Toole earlier pleaded no contest and is awaiting sentencing this month.

Furman was first charged with 11 counts including first-degree criminal sexual conduct involving the girl. MSP investigators say the couple raped the children and also made videos over the course of the assaults.

Both Furman and Toole are among several charged with conspiring to kidnap, rape, and kill a child in Branch County. Those charges are still pending.

MSP investigators said they found texts on the phones and computers of the four involved indicating the plan. According to the Enquirer, Detective Sgt. Gerald Yott said the group considered taking a child from a county fair or parking lot of a Walmart or Meijer store. He said they considered cameras at the stores and discussed best methods of destroying evidence and disposing of the body.

The plot was never carried out.