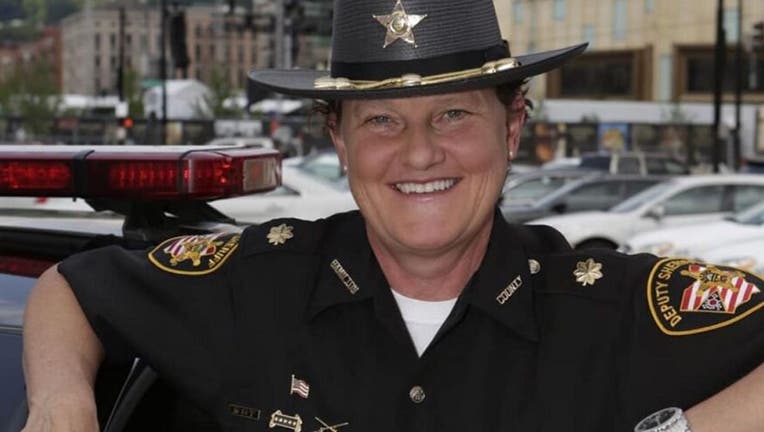 Charmaine McGuffey was elected sheriff in Hamilton County, Ohio this week. In a Democratic primary she beat her former boss, whom she claimed fired her for being openly gay. (Charmaine McGuffey for Sheriff / Facebook)

CINCINNATI, Ohio - A newly elected Ohio sheriff will be the first openly gay person to head her department after a primary win over her former boss, who she claims fired her over her sexual orientation.

Charmaine McGuffey bested opponent Bruce Hoffbauer this week to become the top cop at the Hamilton County Sheriff's Office. The win came after she beat out former boss Jim Neil in the Democratic primary.

The 62-year-old said she was bullied and fired over her sexual orientation while at the sheriff's office, where she attained the rank of major.

RELATED: Who won? Biden inches closer to White House by pulling ahead in Georgia, Pennsylvania

"My role is to be an example of what you can accomplish as an LGBT person, because there's a lot of discrimination out there," McGuffey told WVXU-TV last month. "There were lots of times that I struggled to keep my sexual orientation to myself because I knew that if it got out, it would hurt my career."

She was fired by Neil in 2017 after an investigation into complaints that she created a hostile work environment. Neil told People that after interviews with 31 people, McGuffey was reassigned. She was ultimately fired when she failed to report to the new assignment, he said.

McGuffey sued the sheriff's office, claiming her male colleagues received preferential treatment and that she was terminated because of her criticism of the agency, being openly gay and failing to conform to traditional female stereotypes.

The lawsuit is pending in federal court.

She described herself as a whistleblower who wanted to hold officers accountable for their use of excessive force.