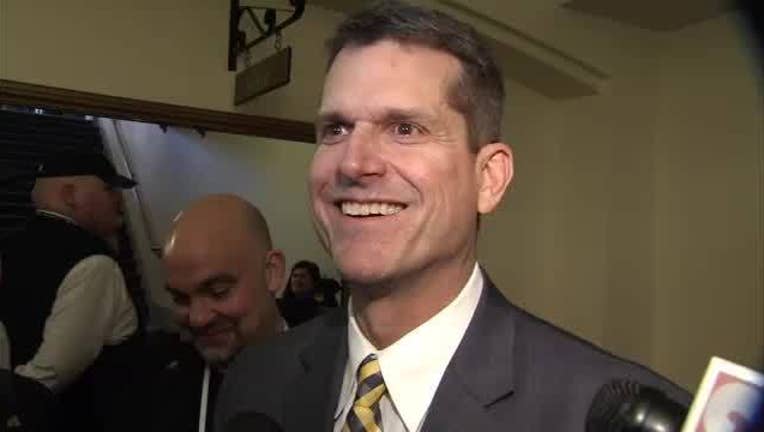 An early signing-day surprise: Dax Hill, a five-star defensive back from Oklahoma, flipped from Alabama and signed with Michigan. Hill had been verbally committed to Michigan but switched to Alabama a few weeks ago. Wolverines coach Jim Harbaugh lured him back when it mattered most.

Hill is the younger brother of Oklahoma State running back Justice Hill.

Not much drama was expected with another opportunity for prospects to sign in February, but the top schools figured to have most of their class of 2019 locked in by the end of the day. Maybe even before lunch.

The signed national letters of intent were rolling in as the sun rose, with schools and coaches using their Twitter feeds to celebrate the newcomers. Some more elaborate than others .

The second year of college football's early signing period promises to be busy, with most teams expected to lock up the bulk of their 2019 classes Wednesday and Alabama working on another recruiting championship.

Last season was the first with an early signing period in college football. It quickly replaced the traditional February signing period as the primary time for high school players to make their verbal commitments binding by inking national letters of intent. More than 70 percent of available scholarships in FBS were filled during the early signing period last year and coaches expected that to go up this year.