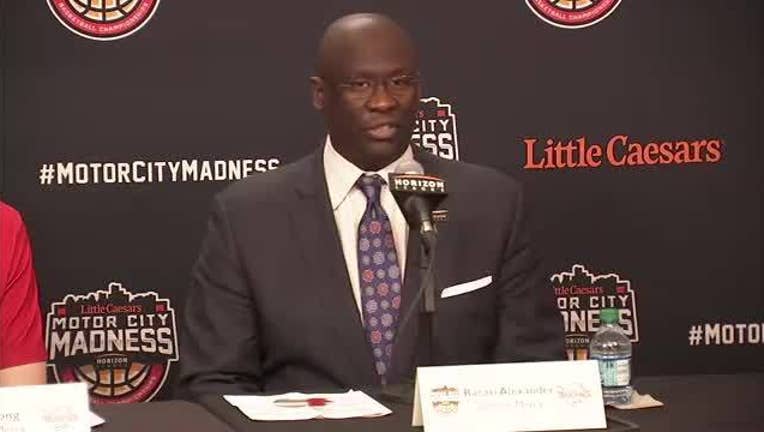 DETROIT (WJBK) - The University of Detroit Mercy announced Monday they have fired Bacari Alexander as head coach of the Titans.

Alexander, a Detroit Mercy alum, was 16-47 in two seasons at the helm of the Titans and was suspended earlier this season for seven games due to a "personnel matters".

The former Michigan assistant led the Titans to the most losses in program history this past season and lost in the first round of Motor City Madness in both of his seasons..

The 41-year-old was previously an assistant at UDM, Ohio, Western Michigan and was under John Beilein for six seasons at Michigan.