DETROIT - Rookie Beau Brieske pitched into the sixth inning and earned his first major league victory, Víctor Reyes came off the injured list and had three hits and the Detroit Tigers beat the Toronto Blue Jays 3-1 on Saturday.

Making his ninth start, the 24-year-old Brieske (1-5) scattered seven hits and didn't issue a walk in 5 2/3 innings. Gregory Soto worked through a jam in the ninth inning and earned his 13th save.

Reyes and Eric Haase each scored a run and drove in another. Reyes was reinstated from the 10-day IL after recovering from a quad strain and completing a rehab assignment at Triple-A Toledo. 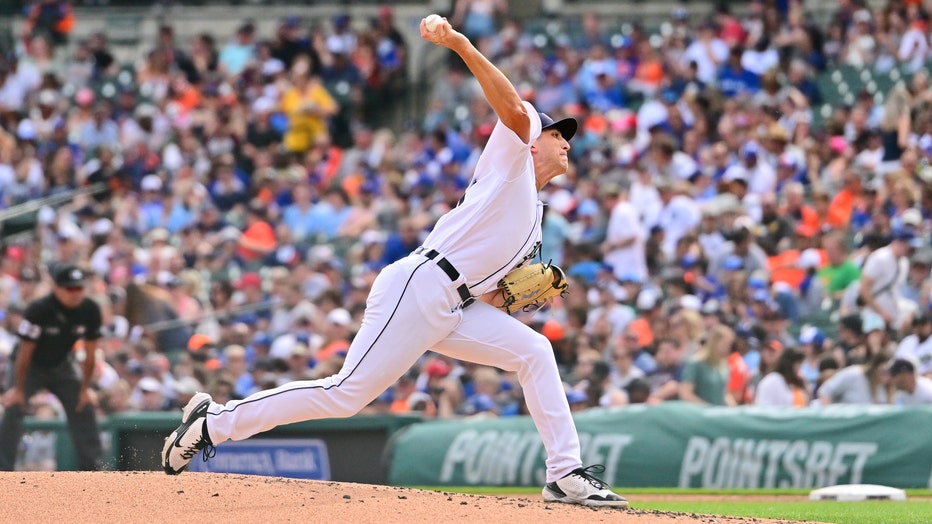 Rated as Toronto's top prospect, catcher Gabriel Moreno made his big league debut. Moreno, who was called up from Triple-A Buffalo on Saturday, was 1 for 4. George Springer's RBI single with two out in the ninth ended Detroit's shutout bid.

The Tigers took the lead in the first on Harold Castro's two-out, run-scoring single. Haase made it 2-0 in the fourth with his second career triple, scoring Javier Baez, who led off the inning with a walk.

Haase led off the seventh with a double and scored on Reyes' single.

Detroit: RHP Matt Manning (right shoulder inflammation) has been cleared to throw again, manager A.J. Hinch said on Saturday. Manning has experienced numerous setbacks since being placed on the 10-day IL on April 20.

Blue Jays: RHP Ross Stripling (2-1, 3.65 ERA) will make his 15th appearance and seventh start on Sunday. His last outing matched his longest of the season, as he held Kansas City to one hit over five innings in an 8-0 victory on Monday.

Tigers: LHP Tarik Skubal (5-2, 2.33 ERA) will be seeking his third win this month. He has given up just eight runs in 45 innings while striking out 50 over seven starts since the beginning of May.