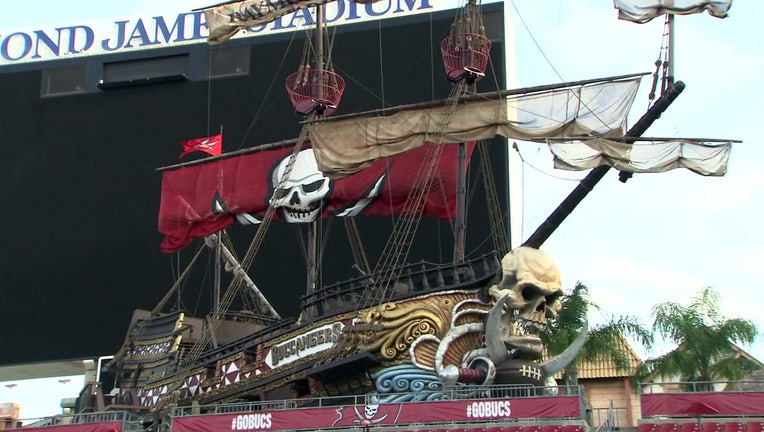 TAMPA, Fla. - It's official; the Tampa Bay Buccaneers' celebratory cannons will fall silent after kickoff for this year's Super Bowl.

Normally, one cannon blast from the end zone pirate ship marks the arrival of the Bucs' offense into the red zone. Then when they score, one blast follows for each point.

The echoing boom can be heard for miles around Raymond James Stadium.

But despite the Bucs making a historic appearance as the home team in Super Bowl LV, the Buccaneers said in a tweet that the tradition of firing the cannons won't be part of the game. Instead, they'll only be used for pregame introductions.

"While the cannons may not fire in their typical fashion, we look forward to showcasing parts of our tradition while working within the league’s guidelines," the Bucs tweet said.

An additional statement attached to the tweet read, "The firing of the cannons after big plays is a tradition that defines what it means to be a Buccaneer fan and serves as a signature element of our home game experience at Raymond James Stadium. However, we also acknowledge and understand the NFL's position with regards to maintaining the integrity of a neutral site atmosphere for Super Bowl LV."

Despite the ceasefire, the home team's fans will have plenty to remind them why games at Raymond James Stadium are so special, including the weather. 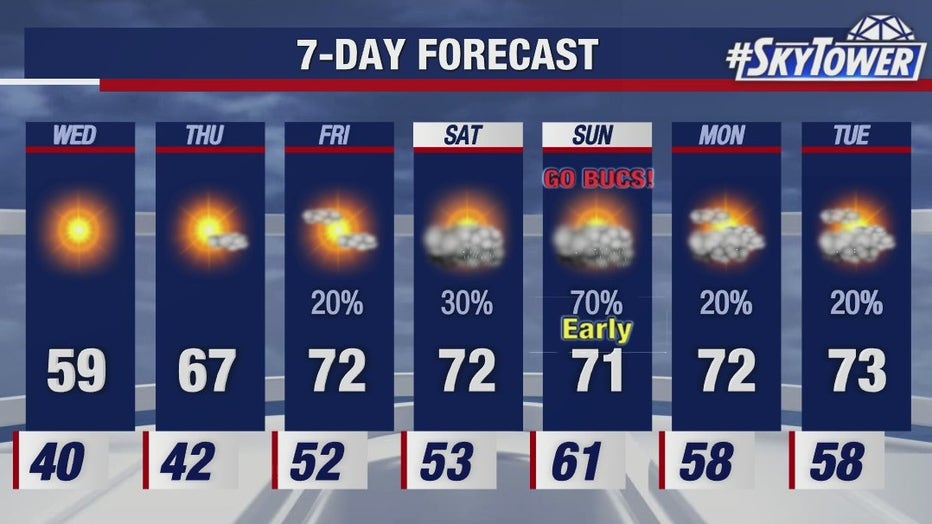 The high temperature Sunday during the game is expected to be in the low 70s.