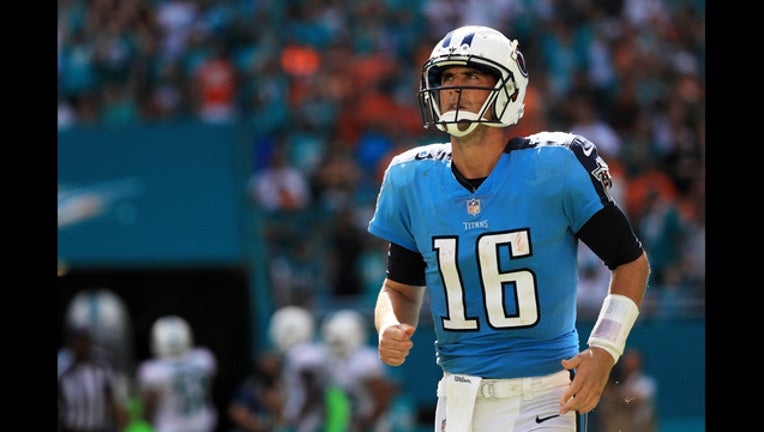 MIAMI GARDENS, FL - OCTOBER 08: Matt Cassel #16 of the Tennessee Titans leaves the field after the second quarter against the Miami Dolphins on October 8, 2017 at Hard Rock Stadium in Miami Gardens, Florida. (Photo by Mike Ehrmann/Getty Images)

Cassel, 35, played in two games for the Tennessee Titans last season and went 25 of 42 for one touchdown while throwing two interceptions.  He was also sacked eight times during the two games.

The 13 year veteran had his breakout season in 2008 while filling in for an injured Tom Brady.  The USC alum played in 16 games for the Patriots while starting 15 of them.  He threw for 3,693 yards with 21 touchdowns and 11 interceptions.  Cassel signed with Kansas City the following season and in 2010 he had 27 touchdowns with seven interceptions while throwing for 3,116 yards.

The 2005 7th round draft choice from New England has also had stints with the Bills, Vikings & Cowboys.  He has been with the Titans the last two seasons.

He will be competing with Jake Rudock for the opportunity to back up Matthew Stafford.