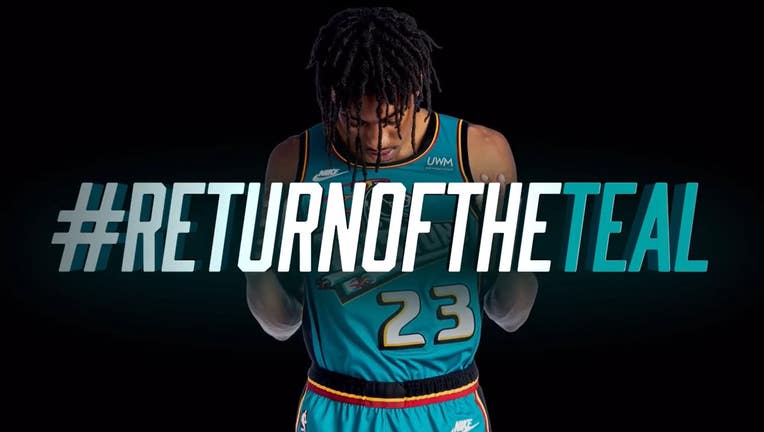 (FOX 2) - The Detroit Pistons are dipping into some nostalgia as they look forward to the 2022-23 NBA season.

In a not-so-ambiguous video tease, the basketball team is reintroducing its famed teal-colored jersey for the upcoming season.

"Allow us to re-introduce some classics," read the caption for the 51-second clip posted to Twitter Monday night.

The return of the iconic blue brings an almost 90s feeling to the team's new colors.

The Pistons recently acquired first-round draft picks Jaden Ivey and Jalen Duren, who put on a show during the NBA's summer league and showed potential for the team still rebuilding out of a seasonal rut that's plagued it for the past few years.