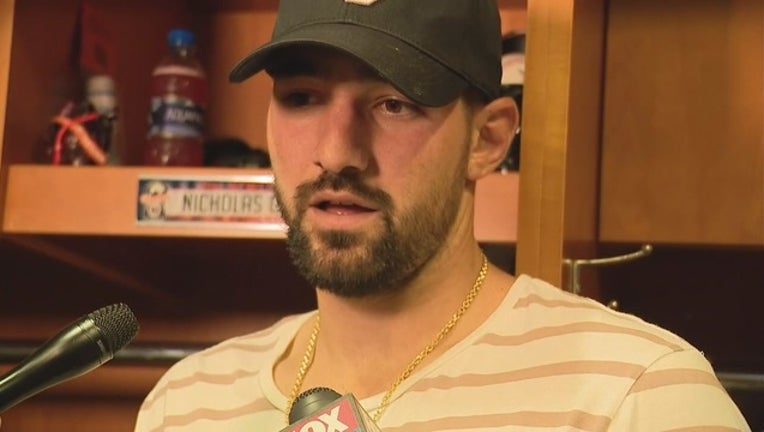 DETROIT (FOX 2 DETROIT) - As the Major League Baseball trade deadline comes to a close Wednesday, the Detroit Tigers have traded Nicholas Castellanos to the Chicago Cubs.

Castellanos, 27, has been with the Tigers his entire career after being drafted in the first round of the 2010 MLB Amateur Draft.  It's been an up and down career for the Florida native defensively after starting at third base and now playing right field, but he's always been a strong hitter.

Maximizing our pitching depth is something that's important to the long-term success of our organization," said Tigers Executive Vice President of Baseball Operations and General Manager, Al Avila said in press release. "Richan is a true competitor on the mound, and knows how to pitch with his arsenal better than most his age. His solid makeup and performance on the field shows us that there's a good future for him in our organization. Using a short but effective arm action, Lange shows great run and life on his fastball, complemented by solid bite on his offspeed pitches. Both these players are welcome additions to our player development system.

"Nick has grown from a draft pick to one of the best hitters in the American League, and we thank him for his years wearing the Olde English ‘D'."

With not being a part of the team's future during the rebuilding process and a pending free agent, it was widely known this parting was coming.