Michigan’s Kobe Bufkin hit a pair of free throws with 2.1 seconds left in regulation, then the Bobcats’ Dwight Wilson tied the game at the buzzer. After a video review, the basket stood. The Wolverines ended up outscoring Ohio 7-3 in overtime. 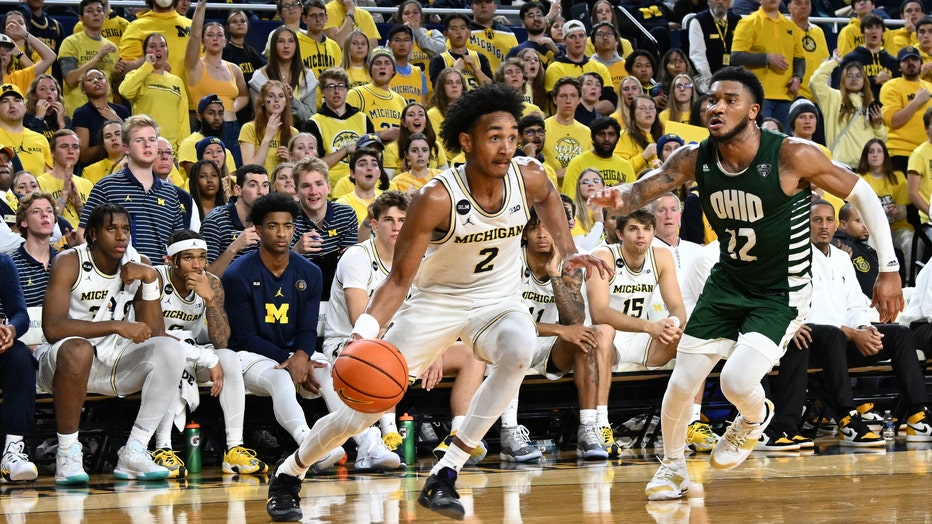 Ohio led most of the first half, but Michigan went on a 15-4 run to end the half to take a 33-31 lead. Dickinson scored Michigan’s last eight points, ending the run with a 3-pointer at the buzzer.

It was the first meeting between the schools since March 16, 2012, when Ohio beat Michigan 65-60 in the first round of the NCAA Tournament. Michigan had won the previous three meetings.

Both were coming off of lopsided losses: Ohio lost at Detroit Mercy 88-74 on Wednesday, and Michigan lost 87-72 to Arizona State on Thursday.

A narrow win over a Mid-American Conference opponent likely won’t improve Michigan’s ranking when the latest poll comes out.

It was the first of three consecutive home games for Michigan after three in a row on neutral sites. Ohio begins a three-game homestand of its own on Friday.