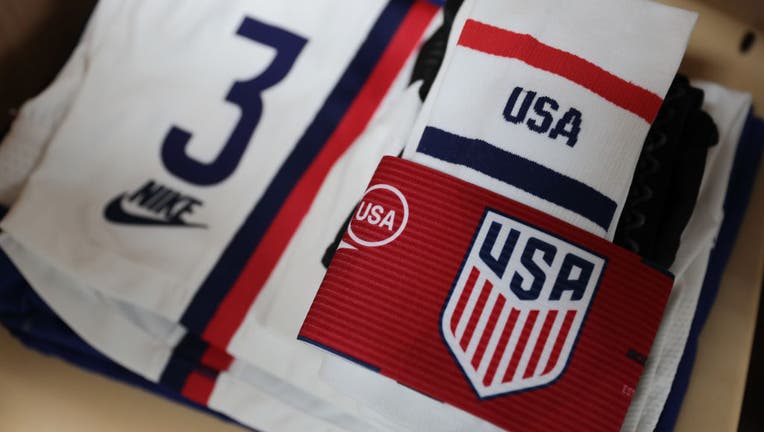 DETROIT (FOX 2) - The 2022 World Cup is being held this November in Qatar and the youngest team of those qualified comes from the United States of America.

Team U.S.A qualified for the 2022 FIFA World Cup with a strong performance in the qualifying round earlier this spring. And they'll be going in with the youngest team in this year's World Cup with an average age of just over 24 years old.

FIFA World Cup 2022 in Qatar: Everything you need to know

That means this team will be together for years to come. Considering they play World Cup every four years - including 2026 in the United States -  this team will be 28 for that tournament, 32 in 2030, could still play in another two World Cups.

How did team U.S.A. qualify?

The 2018 World Cup was the first time in seven World Cup cycles (dating back 28 years) that team U.S.A. failed to get out of the qualifying rounds. That team had a chance in the last game of the qualifier, all they needed was a win or draw with Trinidad and Tobago. But instead, team U.S.A. lost 2-1, which featured an own goal in the 17th minute.

Team U.S.A. was not going to let that happen again.

In the qualifying round, team U.S.A. scored the second-most points, behind only Canada who qualified for the World Cup for the first time in 36 years. Team U.S.A. would not be denied, despite losing the last game 2-0 to Costa Rica.

Despite that loss, a dominant performance the weekend before - a 5-1 win over Panama - gave team U.S.A. a huge goal-difference margin. They just had to avoid losing by six goals or more.

"Now we have to test ourselves against the best players in the world, the best teams in the world," said midfielder Tyler Adams, who came off at halftime with a bruise above his left knee from a tackle. "This was only the first stage in our development."

Team U.S.A. will be led by Christian Pulisic, the first American to play in and win a Champions League final. He had been consumed with trying to lift the U.S. back to a World Cup. The 23-year-od led the team with five of its 21 goals despite making just seven starts due to COVID-19, a sprained ankle and shaky form when he first came back from the injury.

"Looking at the big picture, we’re obviously so proud to represent our country at a World Cup, so we’re thrilled for that. In a couple of days, I don’t think we’ll be thinking about this game," he said. "I think we can do a lot of damage, man. I think we’re a confident bunch of guys, and, yeah, I think the country will get behind us."