Michigan hosts No. 4 Virginia on Tuesday then heads to London for a game against Kentucky on Dec. 4 before opening Big Ten play. 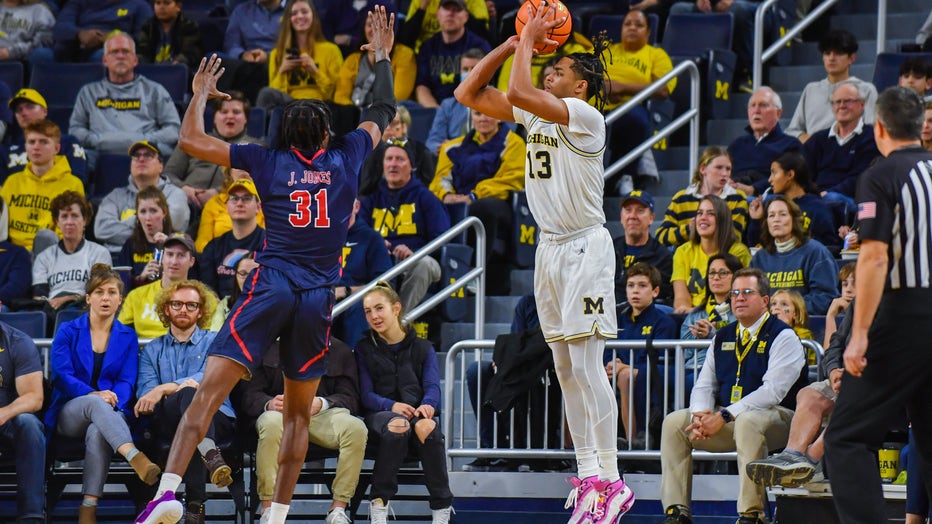 ANN ARBOR, MICHIGAN - NOVEMBER 23: Jett Howard #13 of the Michigan Wolverines attempts a shot over Jamarcus Jones #31 of the Jackson State Tigers during the first half of a college basketball game at Crisler Arena on November 23, 2022 in Ann Arbor, M

The Tigers got within 72-65 in the final minute, but Jaelin Llewellyn made six free throws in the last 27 seconds for the Wolverines (5-1).