Johnson was drafted second overall in the 2007 NFL Draft by the Detroit Lions, the team where he played for his entire professional career.

Billups was the 2004 NBA Finals MVP during a stretch in which the point guard helped the Detroit Pistons reach six straight conference finals. 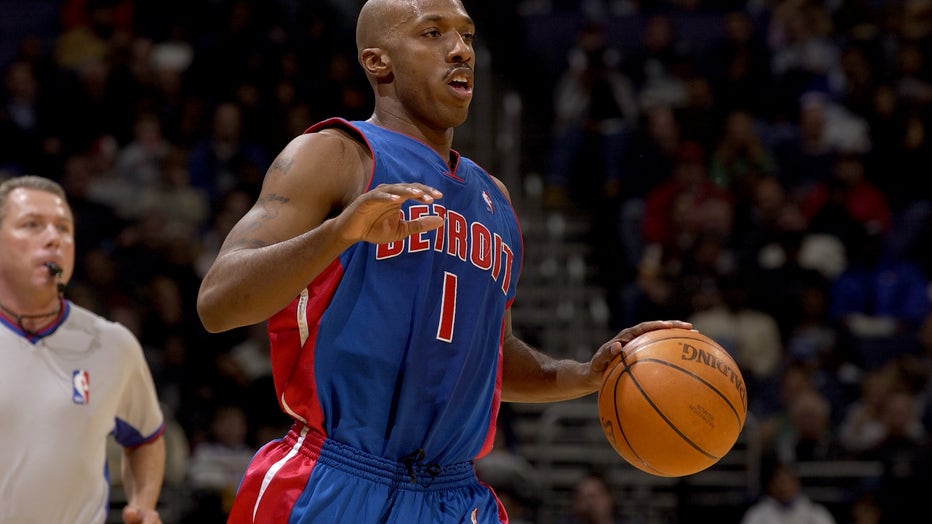 WASHINGTON, DC - NOVEMBER 29: Chauncey Billups #1 of the Detroit Pistons handles the ball against the Washington Wizards on November 29, 2003 at the MCI Center in Washington, DC. NOTE TO USER: User expressly acknowledges and agrees that, by downloadi

Battier won Michigan's Mr. Basketball award in 1997 as the state's best high school basketball player at Detroit Country Day and went on to be an NCAA champion at Duke and win two NBA titles with the Miami Heat.

The class was selected by current and former journalists, former sports executives in the state and the public through online voting.