The team from Taylor North Little League delivered the first LLWS title for the state of Michigan since 1959.

Both teams are from the Great Lakes, marking the only time clubs from the same region played in the championship. That was because international teams didn’t compete in the LLWS for the first time since 1975, due to travel restrictions caused by the COVID-19 pandemic. Little League allowed two squads from each U.S. region to fill out the 16-team field. 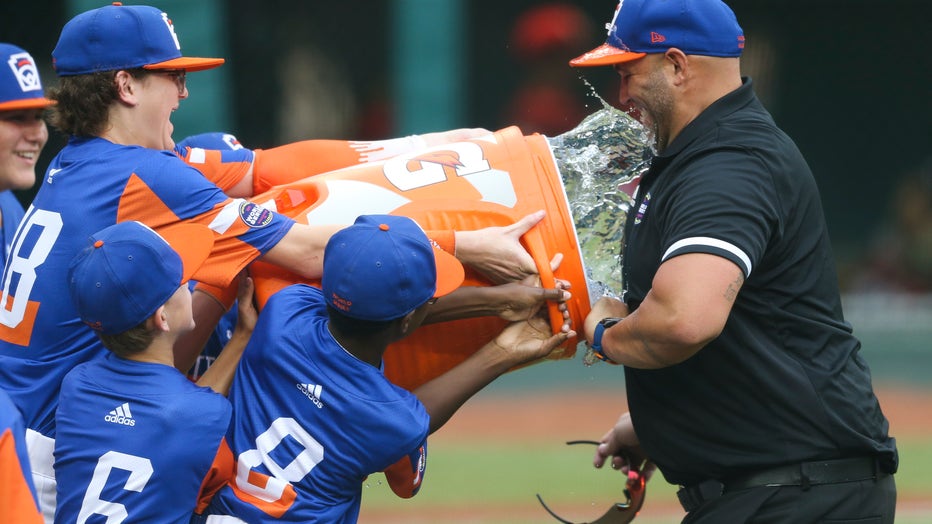 Michigan jumped out to a three-run lead in the first after a two-run single by Jackson and an RBI groundout by Jakob Furkas. Jackson increased the lead in the fifth when he singled to center, driving in two more.

Ohio had plenty of chances. The team loaded the bases in the first on a pair of walks and a single by JJ Vogel, but Ethan struck out Levi Smith with two out to end the threat.

The team from West Side Little League in Hamilton, Ohio, juiced the bases again in the third with nobody out. The next two batters struck out looking before Chance Retherford was picked off at third base as he headed toward the dugout after strike two.

Ohio got its run in the second. Chase Moak led off with a triple and Cooper Clay singled him home to bring the score to 3-1.

Gavin Ulin came into relieve Ethan in the fifth and got into a jam himself with runners on first and second with one out. He induced a double-play grounder to emerge unscathed.

In the sixth, Ohio loaded the bases for the third time, as Gavin hit two of the batters, then walked in a run. But Chance flew out to center to end the game.