Stafford, who has been hampered with fractured bones in his back, has been inactive for the last six weeks. Stafford had been playing at a high level this season with 2,499 yards, 19 touchdowns and five interceptions. 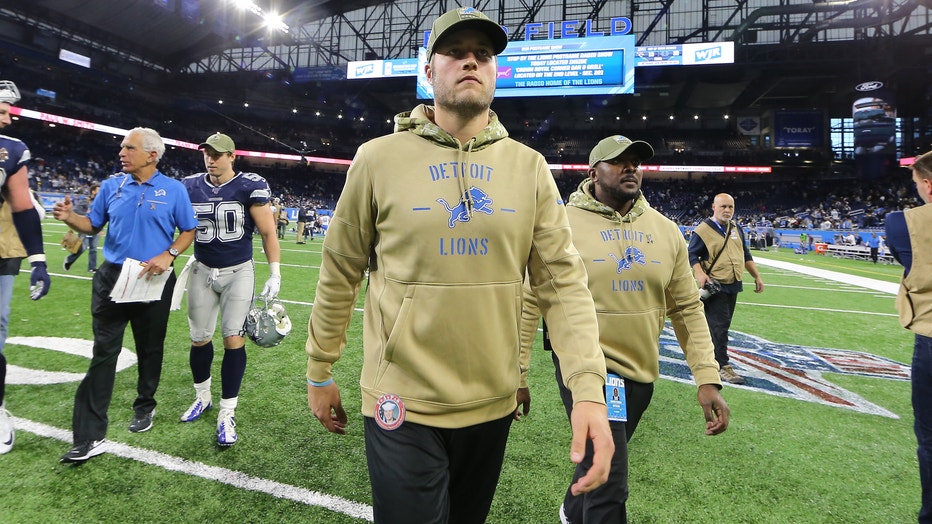 DETROIT, MI - NOVEMBER 17: Matthew Stafford #9 of the Detroit Lions walks off the field after the game against the Dallas Cowboys at Ford Field on November 17, 2019 in Detroit, Michigan. (Photo by Rey Del Rio/Getty Images)

The Lions (3-10-1) had originally turned to backup Jeff Driskel but a hamstring injury landed him on IR. Undrafted rookie David Blough made his debut for the Thanksgiving game and has been starting ever since.

The team earlier in the day announced that Coach Matt Patricia and General Manager Bob Quinn will be coming back for 2020.

The Lions play at Denver this Sunday and will host the Green Bay Packers in Week 17.