The Lions answered a major question about the team's direction in the announcement.

The future of both Patricia and Quinn were debated over the course of the past 7 games, which the Lions have all lost. With two weeks left in the season, the Lions sit at 3-10-1 and were 3-3-1 before the 7 game skid.

According to the Lions' website, owner Martha Ford said not only are they bringing both men back, she expects to be contending next year.

“We expect to be a playoff contender,” Mrs. Ford said. “That means playing meaningful games in December.”

In Patricia's second year as head coach, the Lions disappointed again. In 2018, they finished 6-10, bringing the first-time head coach to a woeful record of 9-20-1

“I just expect to be here every day until they tell me not to," Patricia said Monday. “Hopefully, that’ll be a long time.”

This year marks Quinn's fourth season as general manager of the Lions, with a 27-34-1 record, including one playoff game, a loss.

This is the second consecutive disappointing year as the Lions have finished last in the division in both seasons.

Since winning the 1957 NFL title, Detroit's only postseason victory was more than a quarter-century ago.

Quinn fired coach Jim Caldwell on January 1, 2018, with a 36-28 mark over four years and two playoff appearances. The Lions went 9-7 last season and missed the playoffs, ranking among the NFL's worst rushing teams for the fourth straight year.

Patricia was hired in January 2018 with hopes of building the Lions up to a playoff contender. The team has continued to disappoint and has still not been the playoffs since January 1992.

Before the Lions hired Quinn in January 2016, he was the New England Patriots’ director of pro scouting. The Lions had been looking for a GM since firing Martin Mayhew midway through the season. 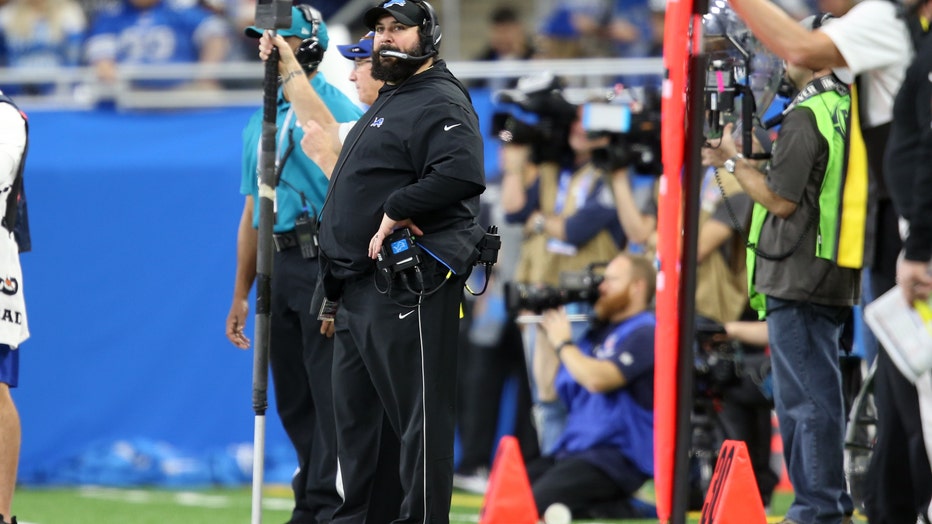 Detroit Lions head coach Matt Patricia looks on during the first half of an NFL football game against the Tampa Bay Buccaneers in Detroit, Michigan USA, on Sunday, December 15, 2019. (Photo by Amy Lemus/NurPhoto via Getty Images)