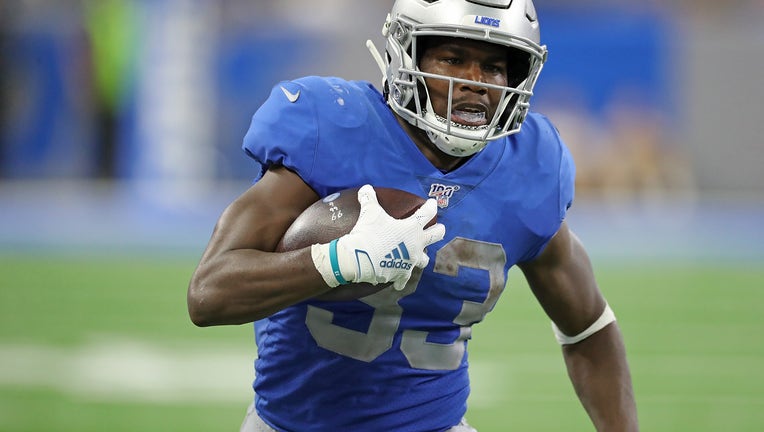 DETROIT, MI - SEPTEMBER 29: Kerryon Johnson #33 of the Detroit Lions runs for a first down during the first quarter of the game against the Kansas City Chiefs at Ford Field on September 29, 2019 in Detroit, Michigan. Kansas City defeated Detroit 34-3

Johnson had a surgical procedure earlier today and was placed on IR meaning he will miss at minimum, the next eight games. Patricia said that Johnson hopes to return later in the year.