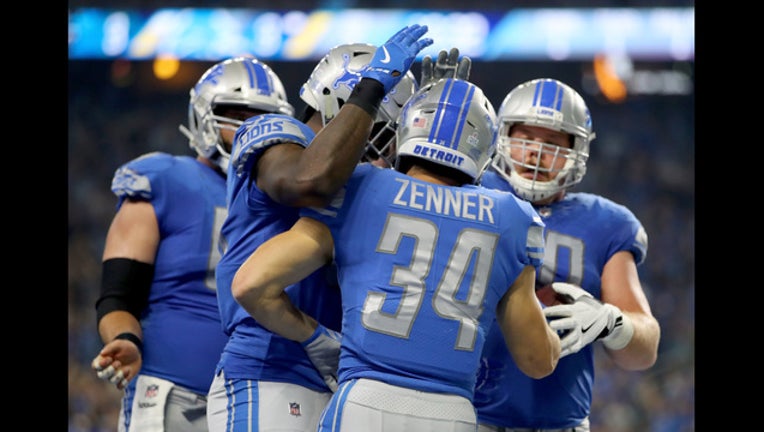 DETROIT, MI - OCTOBER 08: Running back Zach Zenner #34 of the Detroit Lions is congratulated by teammates after scoring a touchdown against the Carolina Panthers during the second quarter at Ford Field. (Photo by Gregory Shamus/Getty Images)

The team announced the move Friday. Zenner returns for his fourth season with the Lions. He joined them as an undrafted free agent in 2015.

Zenner, who was a restricted free agent this offseason, played in eight games last season. He had 14 carries for 26 yards and a touchdown.