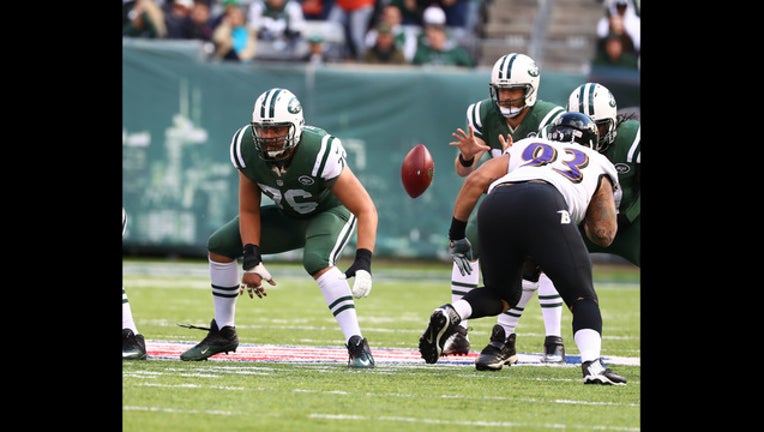 EAST RUTHERFORD, NJ - OCTOBER 23: Wesley Johnson #76 of the New York Jets in action against the Baltimore Ravens during their game at MetLife Stadium on October 23, 2016 in East Rutherford, New Jersey. (Photo by Al Bello/Getty Images)

Johnson was drafted in 2014 by the Pittsburgh Steelers but did not appear in any games that year. He played in 10 games for the Jets the following season and made eight starts in 2016.

Lions center Travis Swanson had concussion problems last year and is now a free agent. Guard Graham Glasgow can also play center and was the starter there at the end of last season.