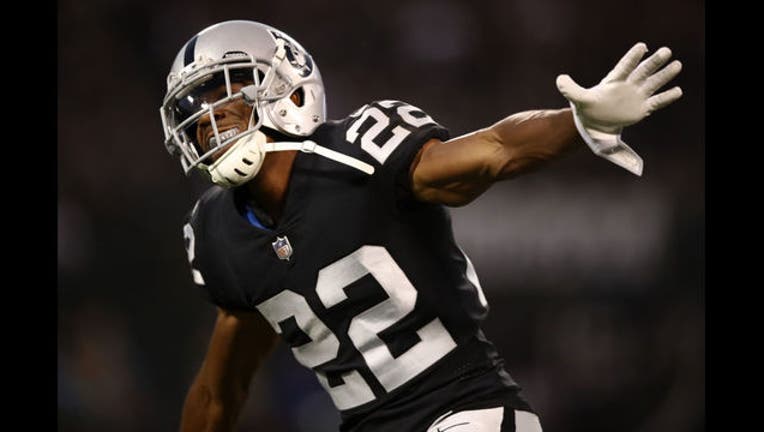 OAKLAND, CA - SEPTEMBER 10: Rashaan Melvin #22 of the Oakland Raiders reacts after a play against the Los Angeles Rams during their NFL game at Oakland-Alameda County Coliseum on September 10, 2018. (Photo by Ezra Shaw/Getty Images)

The Lions announced the move Saturday. Melvin is entering his sixth NFL season.

Melvin played for the Oakland Raiders in 2018, appearing in 14 games with seven starts. Prior to Oakland, he spent time with Indianapolis, New England and Baltimore.

Melvin entered the NFL with Tampa Bay as a rookie free agent out of Northern Illinois in 2013. He made his NFL debut with Baltimore in 2014.