Whitaker was a career .276 hitter with 244 home runs and according to Baseball-Reference.com, Whitaker had 75.1 wins above replacement for his career, more than Hall of Fame second basemen Ryne Sandberg (68) and Roberto Alomar (67.1).

He was also a part of one of the best double play combinations of all time with Alan Trammell who was inducted in 2018.

Despite his stellar numbers, the Modern Era Committee elected Marvin Miller and Ted Simmons to the Hall of Fame.

Whitaker received just 6 votes from 16 members of the committee. He needed 12 to get in to the Hall of Fame. 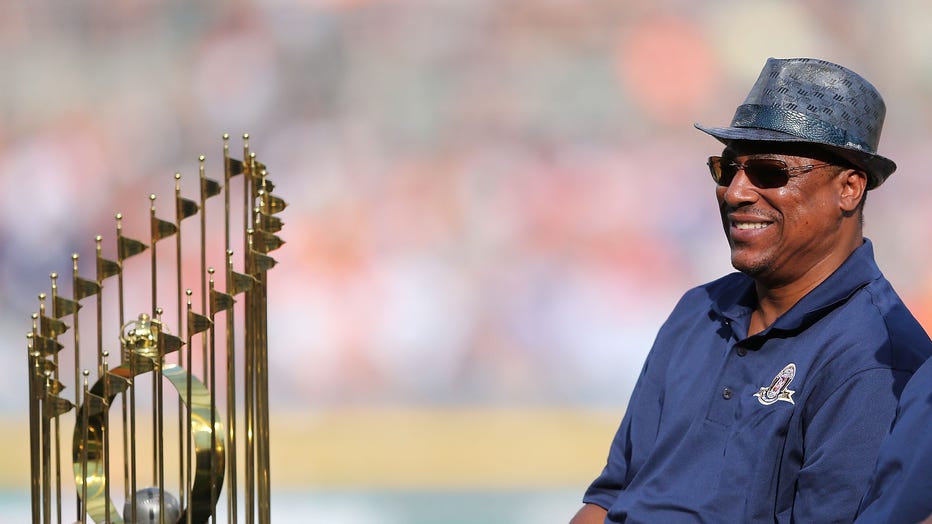 DETROIT, MI - JUNE 30: Former Detroit Tigers player Lou Whitaker speaks to the fans during the celebration of the 30th Anniversary of the 1984 World Series Championship team prior to the game against the Oakland Athletics at Comerica Park on June 30,

Trammell and Whitaker were both with the Tigers in 1984, when they won the franchise's most recent World Series title.

Whitaker last appeared on the writer's ballot in 2001 and received 2.9% - below the 5% needed to stay on the ballot.