Means (5-3) gave up one run on four hits and recorded his first victory since May 5. The left-hander was making his third start since going on the injured list in early June with a left shoulder strain.

"John Means looked like he did in April," Baltimore manager Brandon Hyde said. "This was early season form."

Means was particularly pleased with his changeup and that Hyde allowed him to throw 99 pitches, 66 of which went for strikes. 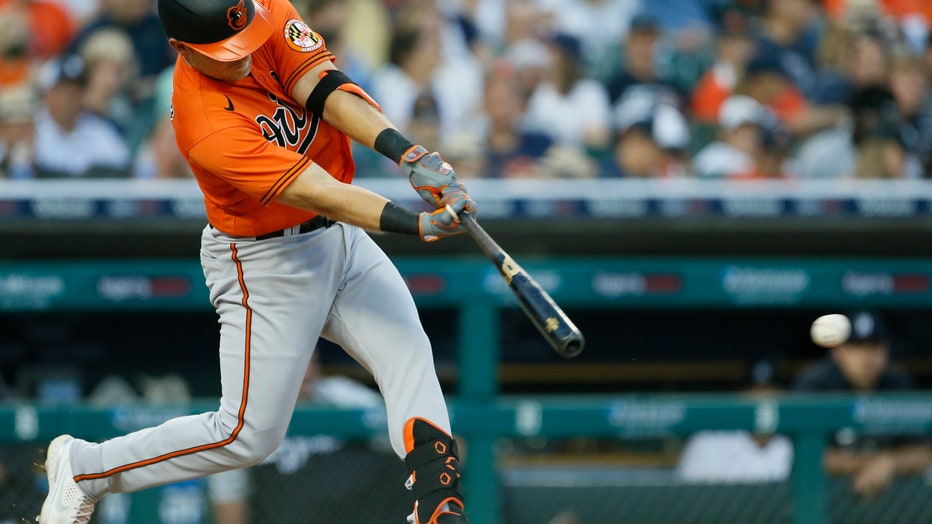 DETROIT, MI - JULY 31: Pat Valaika #11 of the Baltimore Orioles singles during the eighth inning of a game against the Detroit Tigers at Comerica Park on July 31, 2021, in Detroit, Michigan. (Photo by Duane Burleson/Getty Images)

"That was my favorite part, just getting close to 100 (pitches) again," Means said.

Ryan Mountcastle contributed three hits, an RBI and scored a run. Pat Valaika had two hits and two RBIs for the Orioles, who have won six of their last eight games.

"I’m excited for where this team is going," Means said. "The guys are starting to kind of get a feel for what they need to do to have success at this level, especially the young guys. They are seeing how teams are approaching us, especially from the pitching side, and adjusting to it, which is the name of the game."

Cole Sulser earned his fifth save, striking out the last two batters after Detroit loaded the bases with no outs in the ninth.

Eric Haase hit his team-high 18th homer for the Tigers.

Baltimore scored a run in the third on Mountcastle’s two-out, bloop single.

Haase tied it with his one-out solo shot in the fourth.

Franco put the Orioles back on top 2-1 in the fifth with his 11th homer, which barely cleared the left-field wall.

The Orioles scored three unearned runs in the sixth. With the bases loaded and two out, Franco hit a ground ball to shortstop Zack Short, who attempted a force-out at second. Second baseman Willi Castro dropped the ball as a run scored. Valaika followed with his two-run single to right.

"That was a huge play," Hyde said of the error. "We cashed in on a mistake, which is what good teams do."

The Tigers had five hits while losing for the second straight night.

"We didn’t do enough to win the game," manager A.J. Hinch said. "We had a lot of empty at-bats early in the game and had a critical mistake following a couple of walks. You do that and put yourself in a hole, it’s not easy to come back."

Orioles: LHP Keegan Akin, who cleared COVID-19 protocols on Wednesday, is expected to be activated on Sunday, manager Brandon Hyde said. ... LHP Tanner Scott, who walked two batters and hit another in the ninth, was experiencing knee soreness after the game, Hyde said.

Orioles RHP Spenser Watkins (2-1, 3.10 ERA) will oppose Tigers LHP Tyler Alexander (1-1, 4.80 ERA) on Sunday in the finale of the four-game series. Watkins, who will be making his fifth career start, was released by the Tigers organization last summer. Alexander gave up a season-high five runs in four innings at Minnesota on Tuesday.