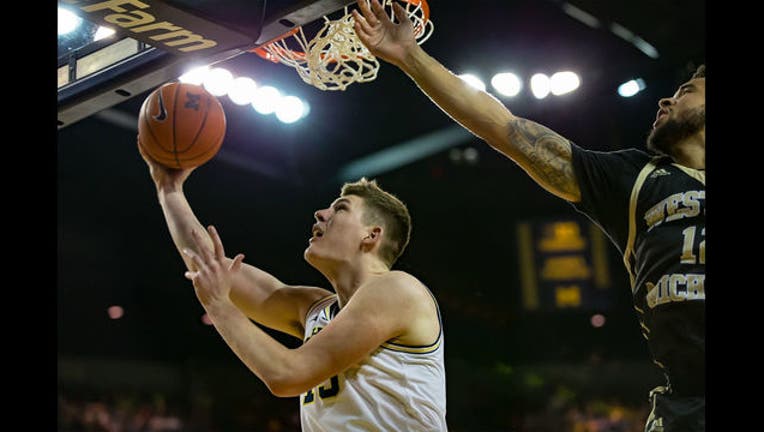 NEW YORK (AP) - Kansas, Duke and Tennessee were 1-2-3 Monday in the AP Top 25 men's college basketball poll for the second straight week, while reigning national champion Villanova fell out for a second time.

The Jayhawks earned 56 of 65 first-place votes to stay at No. 1, a perch they held in the preseason before being overtaken by Duke and later Gonzaga. Kansas returned to the top last week then beat Villanova at home.

Gonzaga, which lost the No. 1 ranking after a loss to Tennessee, fell four spots to eighth after Saturday's loss at North Carolina. The Tar Heels jumped three spots to ninth after the 103-90 win against the Zags.

No. 25 Nebraska was the only addition to this week's poll, though the Cornhuskers were ranked No. 24 earlier this month.

As for Villanova, the Wildcats was ranked 17th last week before losing to Penn - snapping a city-record 25-game winning streak against its Philadelphia "Big 5" rivals - and then at Kansas to fall out of the poll again. The Wildcats were ranked eighth in November before losses to Michigan and Furman knocked them out of the poll, though that turned out to be merely a one-week absence.

Kansas State and Syracuse were the other teams to fall out of the poll. They were both tied with Indiana at No. 25 last week - the first three-way tie in the AP Top 25 since three teams shared the No. 13 ranking in 1991.

The Wildcats beat Georgia State in their only game last week and were among the leading vote-getters just outside the rankings. The Orange lost at home to Old Dominion.