PARADISE ISLAND, Bahamas - Michigan coach Juwan Howard is preaching a bit of baseball mentality to his new team: just hit singles instead of going for so many home-run plays.

If the Wolverines follow that advice, they’ll clean up the turnover problems that plagued them to start the Battle 4 Atlantis.

Isaiah Livers had 17 points and Michigan shot 58% for the game to overcome a turnover-heavy performance and beat Iowa State 83-76 in Wednesday’s opening game for the eight-team tournament.

The Wolverines (5-0) committed 22 turnovers, including several coming down the stretch as the Cyclones (3-2) tried to claw their way back from a 15-point deficit in the final 8 minutes. Those turnovers led to 29 points for the Cyclones, who pulled within 80-74 in the final minute but got no closer.

“It wasn’t in our gameplan to have that many turnovers,” Livers quipped, drawing a smile and chuckle from Howard a few seats away. 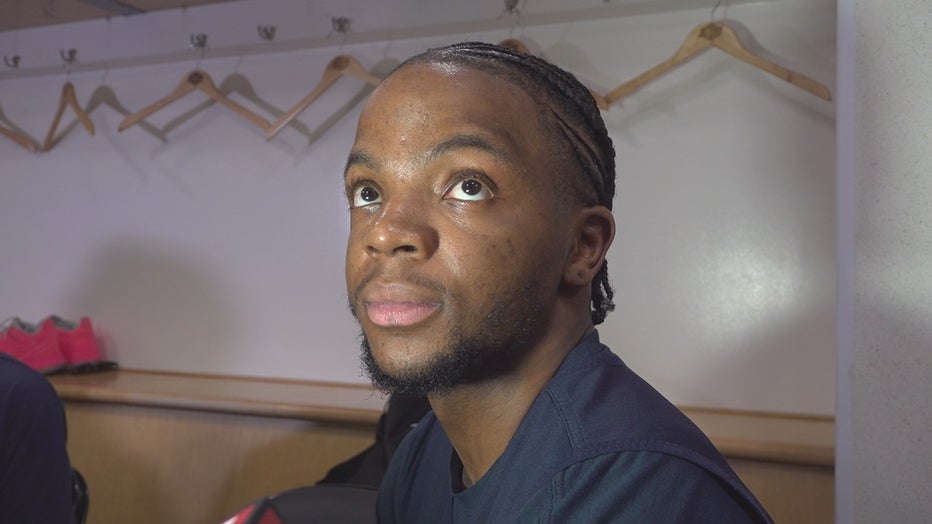 Many of the offensive numbers were good. Beyond the shooting percentage, Michigan made 10 of 21 3-pointers, got a career-high scoring output from David DeJulius (14 points) and saw point guard Zavier Simpson have 10 points to go with a tournament-record 13 assists.

But Simpson also finished with eight turnovers, highlighting the issues that kept it from being a completely clean performance.

“They’re trying to make the right play to put us in the best position to win,” Howard said. “Yeah, there are times where we sort of force it. But I talked about it with the team at halftime: ‘You can’t make those home-run plays. Sometimes the home-run plays get you in trouble. Just keep it simple, hit some singles.’”

Iowa State’s Tyrese Haliburton entered the game as the nation’s assists leader, but this time the pass-first point guard carried the offense for the Cyclones with a career-high 25 points to go with nine rebounds and five assists.

“We lost,” Haliburton said when asked about his performance. “That’s all you need to know about my game.”

Iowa State: The Cyclones are off to a bad start from 3-point range this season. They had made just 28 of 103 (27.2%) through their first four games. Iowa State missed eight of its first 10 tries from behind the arc in this one, and those were magnified as Michigan’s offense hummed right along. They made just 5 of 21 for the game.

Michigan: The Wolverines are a month into a season of change. But with guys like Livers and Simpson back, there’s plenty of experience to work with at the helm of a deep rotation that had 10 players score and five hit double-figures - even as senior center Jon Teske saw limited work due to foul trouble.

Michigan freshman Franz Wagner started in his season debut and finished with six points. He had been sidelined due to a fractured right wrist suffered in practice Oct. 20.

This wasn’t the first time Michigan has had trouble closing out a game with a big lead. the Wolverines let a 30-point margin slip all the way to five in the final minute against Appalachian State in the season opener.

Give credit to Howard for being willing to pitch in and help the court cleanup efforts.

During a stoppage with 11:06 left after multiple players had slipped and hit the floor, there was the sight of Howard - in slacks and a tucked-in golf shirt - on his hands and knees wiping the court with a towel.

“As you can tell,” Howard said, “I don’t mind getting my knees dirty.”

Iowa State: The Cyclones moved to the losers’ bracket to face the Alabama-North Carolina loser on Thursday.

Michigan: The Wolverines advanced to the winners’ bracket to face the Alabama-North Carolina winner on Thursday.