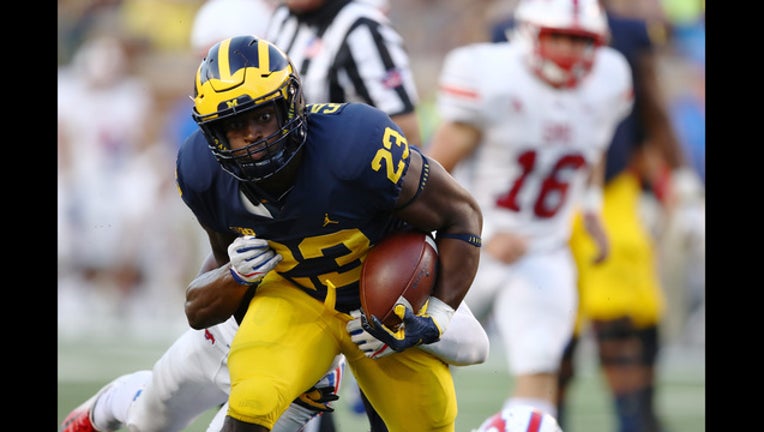 ANN ARBOR, MI - SEPTEMBER 15: O'Maury Samuels #23 of the Michigan Wolverines battles for yards while being tackled by Rodney Clemons #8 of the Southern Methodist Mustangs during the fourth quarter. (Photo by Gregory Shamus/Getty Images)

ANN ARBOR, Mich. (AP) - Michigan dismissed running back O'Maury Samuels from its football program on the same day he was arraigned on two charges, including one for domestic violence.

The school did not say why the move was made Wednesday, when Samuels was charged with domestic violence and malicious destruction of personal property. The date of the alleged offenses was Dec. 8 and Samuels is scheduled for a hearing on Dec. 27 in Ann Arbor District Court.

The sophomore finished the season with 13 rushing attempts for 66 yards. He did not run the ball for the eighth-ranked Wolverines after Oct. 13, when he had one carry for 3 yards in a win over Wisconsin.