Spartans coach Tom Izzo told reporters Friday that Watts has been dealing with leg issues and described the injury as a stress reaction on a bone. Izzo said Watts' availability next week could also be affected.

Watts has started the first eight games this season for the 11th-ranked Spartans. He's averaging 6.5 points per game. 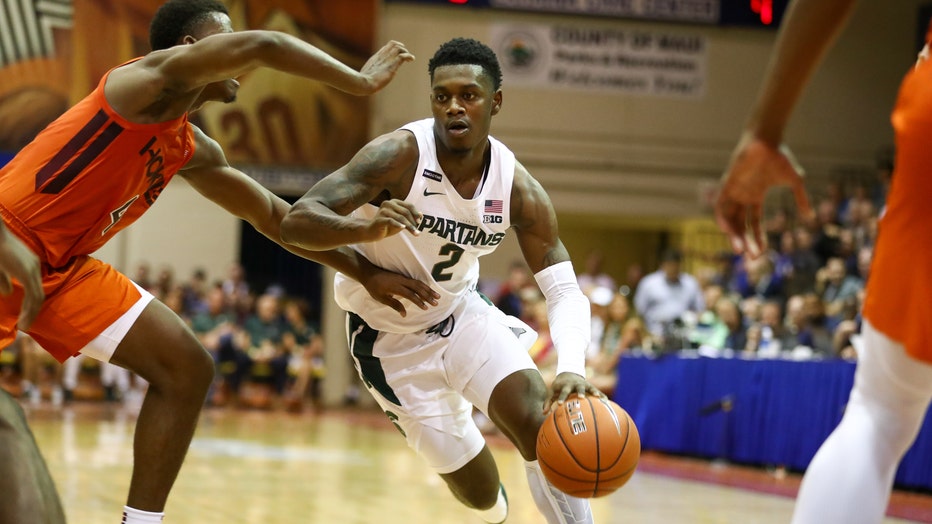 LAHAINA, HI - NOVEMBER 25: Rocket Watts #2 of the Michigan State Spartans drives to the basket during the first half against the Virginia Tech Hokies at the Lahaina Civic Center on November 25, 2019 in Lahaina, Hawaii. (Photo by Darryl Oumi/Getty Ima

The Spartans have already had to deal with one major injury. Senior guard Joshua Langford had a setback in his return from a foot injury and hasn't played this season. Izzo said recently he is not counting on Langford coming back.