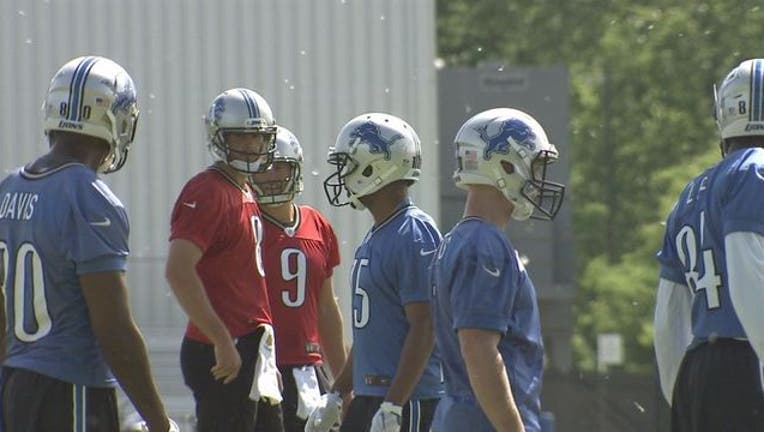 Golden Tate was in attendance after missing OTAs last week due to a "speaking engagement" he said, while Glover Quin was not seen at the facility today.

Gabe Ikard filled in at first team center for Swanson.  Taylor Decker continues at left tackle while Riley Reiff is at right.

The next open to the media OTA is Wednesday, June 8th.