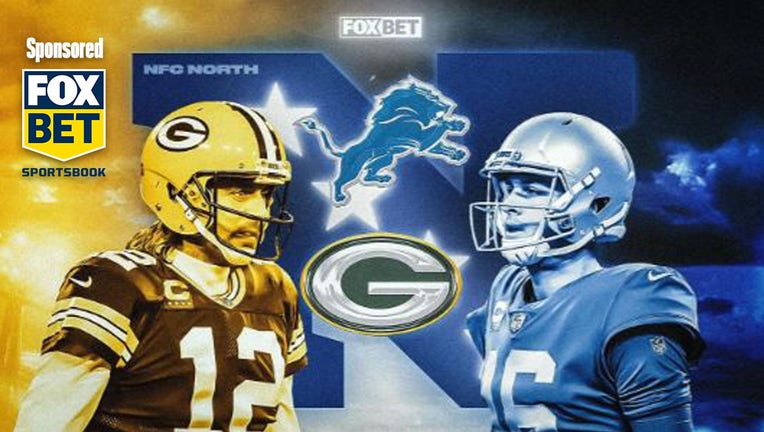 Thanks to being on 'Hard Knocks,' bettors are backing the Lions to have a better season than the Packers. Read if history is on their side. (FOX Sports)

You'll never guess which of these two teams a surprising number of bettors are backing to win it all!

One NFC North Division team has a four-time NFL MVP who quarterbacked his squad to a Super Bowl title and has made the playoffs the past three seasons.

Here's everything you need from a betting perspective on the Detroit Lions for the upcoming season (all NFL odds via FOX Bet).

Caesars Sportsbook writer Max Meyer said he's seen a surge in wagers on the Lions, with bettors picking Detroit to have a better season than Aaron Rodgers and the Green Bay Packers.

Why the love for the Lions? For the cord cutters out there, the Lions are the featured team on HBO's popular "Hard Knocks" series, which offers a behind-the-scenes look at the team during training camp.

FOX Bet associate trader Steven Hemke also said they are seeing more betting action on the Lions than the Packers, who have won the last three and eight of the past 11 NFC North Division titles.

Being on "Hard Knocks" increases a team's popularity with bettors but does it equate to success on the field that season? The results have been spotty.

"Hard Knocks" teams have a cumulative 143-146-1 regular-season record after being featured on the show.

Those teams have been only slightly better against the spread (ATS), compiling a 150-134-6 mark, according to FOX Sports Research.

No team featured on the show has won, let alone reached the Super Bowl that season. Only the 2010 Jets advanced as far as a conference championship game. "Hard Knocks" teams have won the division four times and have a combined 4-7 record in playoff games.

"As a lifelong Lions fan, I have plenty of reason for skepticism," Hemke said. "They have addressed the defensive line issues, drafting Aidan Hutchinson and Josh Paschal but the rest of the defense was a mess, ranking 31st overall and giving up 31 passing TDs and 7.2 yards per attempt."

Hemke said he understands the optimism – the Lions traded up to draft receiver Jameson Williams at No. 12, though the former Alabama receiver will miss the start of the season because of a torn ACL suffered in January – but points out preseason hopes don't always produce results.

"I think the schedule sets up well for the Lions in a division that is probably the weakest in all the NFL," Hemke said. "The over/under set at 6 was probably set too low by odds makers and that is the adjustment you are seeing this summer.

"This team still has major holes on the defensive side of the ball, but if they can improve in that aspect, seven or eight wins seems to be very reasonable. This team has talent finally now; can they put it together on the field?

"My gut says the Lions finish at 8-9, a step in the right direction for a franchise needing a winner."

Are you ready to put some action on the Lions? If so, head over to FOX Bet for all your wagers.