Mady Sossoko and A.J. Hoggard each had 12 points for Michigan State (5-3) and Joey Hauser added 10. The Spartans have lost two in a row, falling to Notre Dame earlier in the week. 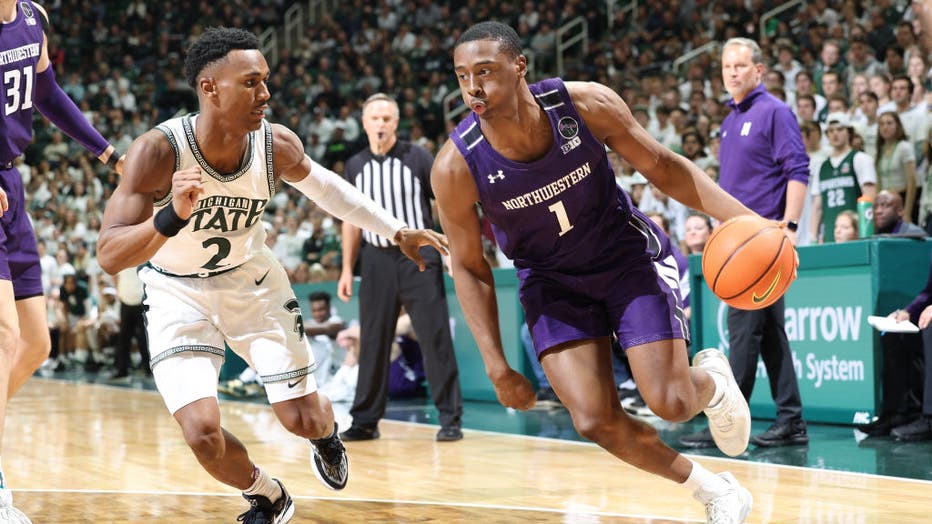 EAST LANSING, MI - DECEMBER 04: Chase Audige #1 of the Northwestern Wildcats drives past Tyson Walker #2 of the Michigan State Spartans in the second half of the game at Breslin Center on December 4, 2022 in East Lansing, Michigan. (Photo by Rey Del

Hoggard cut Northwestern’s lead to 64-63 with 46 seconds left. After a timeout, Buie scored on a layup with 23 seconds left.

Northwestern took the lead late in the first half on a layup by Buie and never relinquished it, leading by as many as nine points.